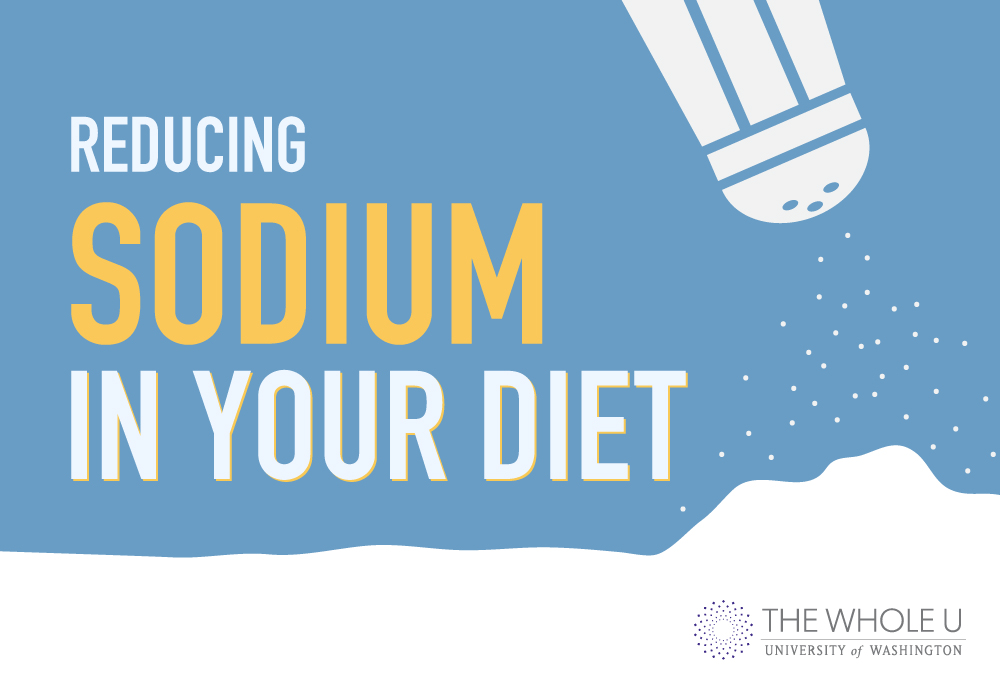 Humans have relied on salt for thousands of years. Throughout history, it has been used for everything from currency to preserving foods. In fact, the history of salt runs so far back that the word “salad” comes from the ancient Romans, who would salt leafy vegetables. Salt is actually the name for the chemical compound sodium chloride. Sodium is very important in our diet as it helps to maintain water and mineral balances, as well as blood volume in our bodies. But, as is often the case, too much of a good thing can have a negative effect on your health. When people consume too much sodium, it increases their risk for high blood pressure, which contributes to heart disease and stroke.

The main sources of sodium in our diets are salt added during cooking and processing and the sodium that naturally exists in food. Once you are aware of these sources, it becomes much easier to begin decreasing your intake. For example, when cooking, try to use more fresh herbs and spices to season your foods. Often times, we forget about all the other flavors out there other than “salty.” Consider trying to season foods with fresh rosemary, cilantro, basil, thyme, sage, oregano or chives. Here is an idea: try to marinate chicken and meats in citrus juice, citrus zest and flavored vinegars – no salt needed. Make it your goal to find flavors you enjoy enough that you can take the salt shaker off the table for good. For recipe ideas, check out the American Heart Association website.

But what about the sodium found in processed foods? We’re often in a rush and many of our go-to, quick snacks are high in sodium. Even some foods that we consider to be healthy snacks, such as nuts, can be very high in sodium. The trick is to look for lower salt options, such as unsalted nuts or pretzels. Even better, look for easy to carry, fresh foods including fruit and cut-up vegetables.

Although fresh is always best, here are some tips to keep in mind when shopping for processed foods:

Make sure to check out all the fresh options in the Plaza Café including fruits, vegetables and salads. You will be able to find meals you can customize to limit your sodium intake without losing any flavor. It won’t be long before you find yourself commenting that all your old favorite frozen meals and pre-packaged snacks are way too salty! 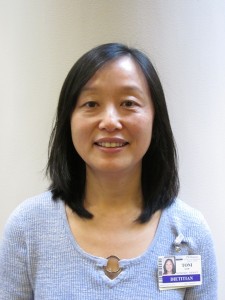 Toni Law, RD works with the patient population at UWMC. In her spare time, she enjoys Skwim (a new water sport like water polo), volleyball, stand-up paddle boarding and cooking.

This post was originally published in the RD Blog. You can visit the RD Blog and see its archives if you have a UW Medicine ID.

One Thought on “Reducing Sodium in Your Diet”

Thank you for your great article on salt, and for remembering to emphasize the IMPORTANCE of salt in our diet! Too often the general public is lead to believe that salt is bad for us, which is simply not true.
I would like to further point out the extreme difference between iodized or “table” salt (most often found and used in restaurants and processed foods which is why it is best to reduce this source) and sea salt (which occurs naturally and is the recommended version to use in the home). Iodized salt has been processed and thereby stripped of its nutritional value and then fortified with iodine (which is a necessary mineral in our diet also, but is better obtained through natural sources such as sea vegetables). This is very unlike sea salt, which still has the balanced and naturally-occurring blend of other minerals, or electrolytes, that the body requires for optimal intake and conditioning. While every body is different, as is everyone’s need for sodium, everyone would benefit from replacing as much iodized salt as possible with sea salt and sea vegetables!