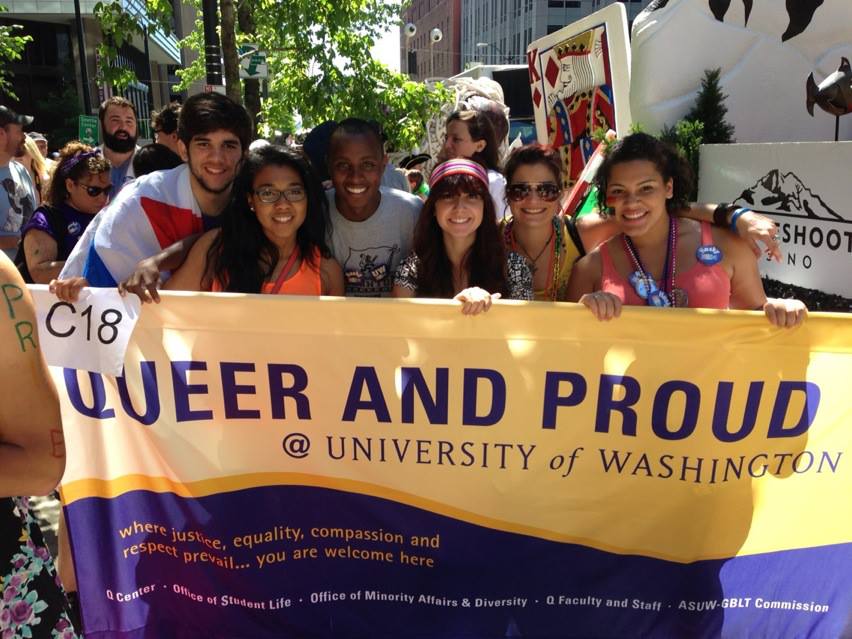 June was chosen as LGBTQ Pride Month to commemorate the June 28, 1969 police riots at the Stonewall Inn in New York City. Though it was not the first time queer, trans*, and LGBTQ people fought back against the all too common police brutality, the riots would catalyze organized pride, visibility, and equality movements across the United States. Every year hence, cities throughout the U.S. and the world celebrate June Pride events promoting self-affirmation, dignity, equality rights, community building, and the celebration of sexual and gender diversity and variance. We truly are everywhere. UW community members celebrate Pride through a number of campus and community events. You’re invited: 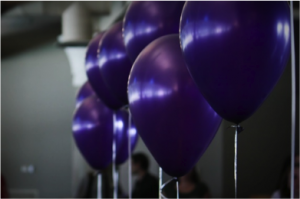 Every year, the Q Center and the ASUW Queer Student Commission host Lavender Graduation as a time for the UW queer, trans*, two-spirit, same-gender-loving, and allied communities to come together and celebrate our multiple identities, our accomplishments, and sheer AWESOMENESS. Q Faculty and Staff (members of the LGBTQ Affinity Group) are frequent volunteers and attendees at the annual year-end celebration. A unique graduation, Lavender Graduation is a party for us all!

This year’s ceremony takes place on Tuesday, June 10, from 6 – 8:30 p.m. in the UW Tower Mezzanine Lounge. We are excited to announce that local activist and Drag Empress, Aleksa Manila, will offer words for the graduates in celebration of our theme, “2014: Be Your Own Queen!” Read more about our royally fierce keynote speaker.

UW Q Faculty and Staff Association Partners with UW Medicine: Come March with Us as Seattle Celebrates 40 Years of Pride!

UW Medicine’s LGBT Clinical Care Advisory Committee is collaborating with QFS to sponsor a Pride booth to distribute information and thousands of fun buttons on Sunday, June 29. Growing from a Pride Parade marching contingent of 50 people in 2011 to more than 100 in 2013, Pam Racansky, QFS Executive Board Member, hopes to top 200 participants this year. The annual event brings together queer and trans* students, faculty, staff, and those marching in solidarity. UW community members will also tell you, “do not miss Seattle’s Trans* Pride!” on Friday, June 27, 6-9 p.m. 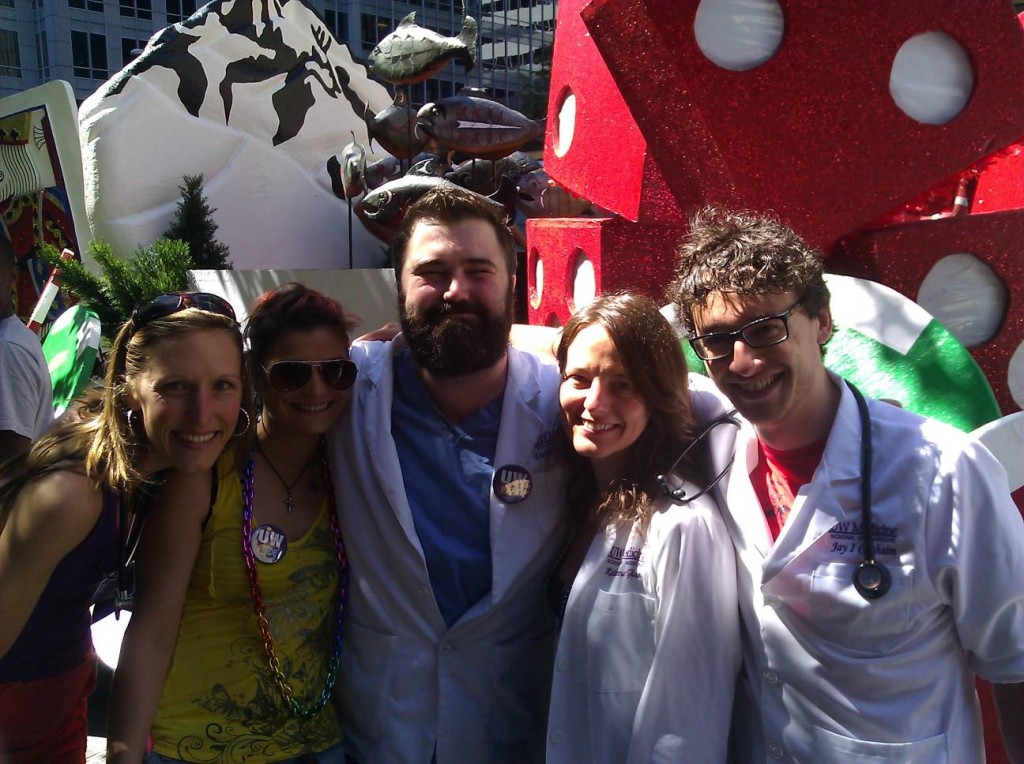 Marsha P. Johnson, a trans* Black woman and a primary activist at the Stonewall riots, was born on June 27, 1944. The riots took place on June 28, 1969. The Q Center’s library is named for Marsha P. Johnson who co-founded Street Transvestite Action Revolutionaries (STAR) with Sylvia Rivera.

David Kopay (’64), former UW Husky football player and the first professional athlete to out himself as gay, was born on June 28, 1942, the same day (different year) as the Stonewall riots.  David Kopay has pledged a legacy gift of $1 million to the Q Center. You too can be a part of the QFS and Q Center family by giving to the Q Center Fund which supports QFS, Q Center general operations, and programming.

Are there any other events we should know about that celebrate LGBTQ month? Share them in the comments!

Writing by Jennifer Self, director Q Center and Jaimée Marsh, assistant director Q Center. Jen Self’s secret identity is that of renaissance queer with a kick ass jump shot. A therapist and anti-oppression educator since 1996, Jen re-invented her queer activism through scholarship, program leadership, and teaching at the University of Washington, completing an msw and a phd in social welfare. She lives in West Seattle with her awesome partner meg and equally fabulous daughter lucy. Jaimée is a proud Husky (social work, class of ’09) from Spokane, WA. Among other identities, she is a queer multiracial woman who celebrates the ambiguity and fluidity of her identities. She is an activist, an educator, and a scholar, and has used these talents to organize with queer people of color, youth, and first-generation college students for 10 years.