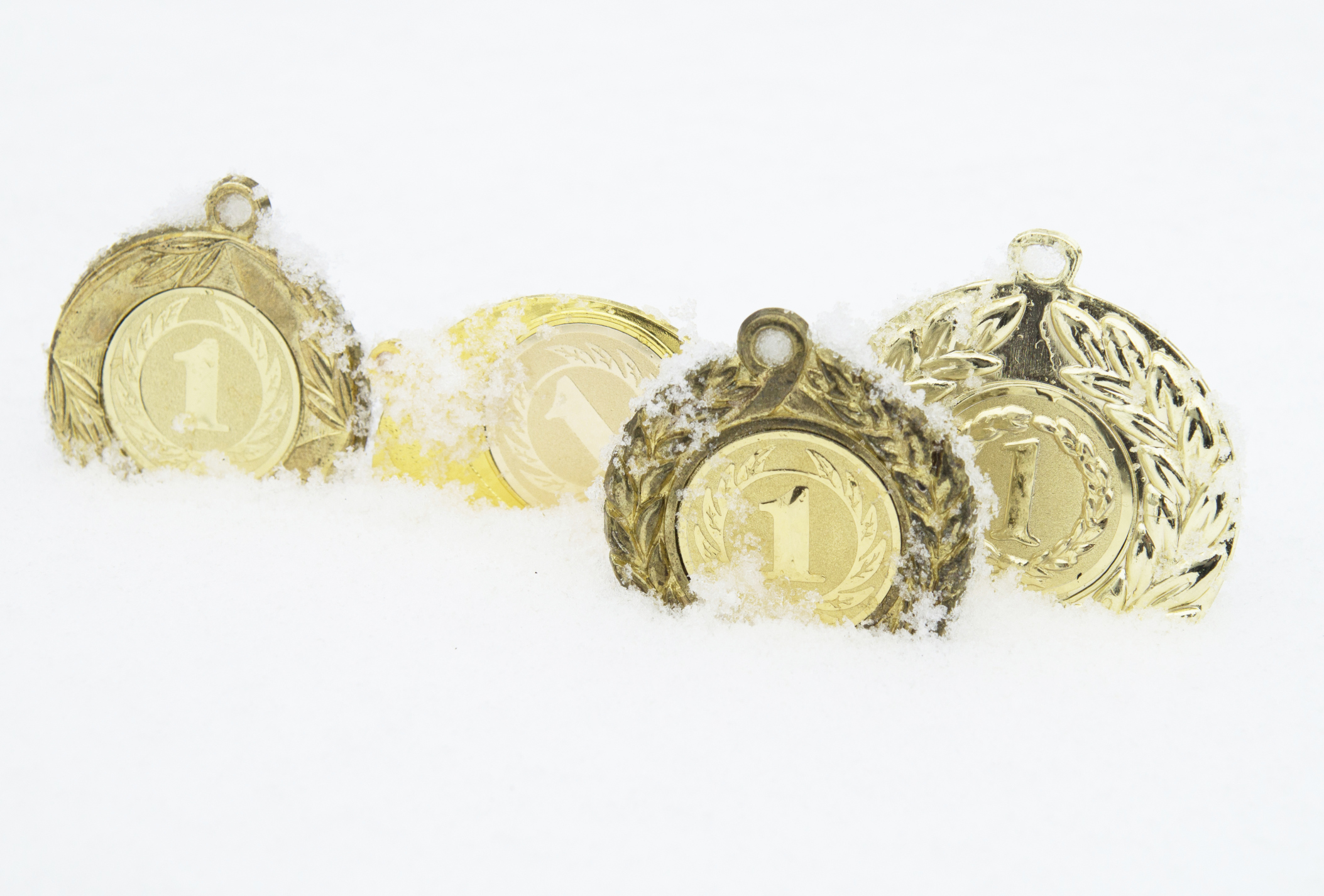 Just as it’s an amazing achievement to compete in the Olympic games, it’s an incredible honor to be asked to be an Olympic doctor. Dr. Brian Krabak and Dr. Bruce Twaddle are physicians at the Sports Medicine Center at Husky Stadium and they have both served in the Olympic Village multiple times. As we say goodbye to the XXII Olympic Winter Games, they shared some behind-the-scenes knowledge and their favorite Olympic memories.

Bruce Twaddle: Eight months. I came from New Zealand, and my specialty is Sports Surgery and Trauma surgery. I came to help develop the new sports clinic at Husky Stadium. It’s exciting to be involved, and I helped established a similar clinic in New Zealand.

How did you become involved with the Olympics?
BK: It’s been a long road. I first started volunteering as a physician in 1994, during my residency training. I drove my Honda Civic up and down the East Coast, volunteering as a physician covering regional, national, and eventually international events. In 1996 I served at the Paralympic Games. After moving to Baltimore, I became more heavily involved with the US National Swim Team, covering national and international events around the world. Eventually I was asked be a physician at the 2002 Salt Lake and 2010 Vancouver Olympic Games.

BT: Winter Olympic athletes would come to New Zealand for Orthopedic care, and every couple of months I’d go to help. I first attended an Olympic game in 1984 in Los Angeles.

What goes on in the Olympic Village medical arena?
BK: The Olympic Village is typically constructed for the event and all the equipment needs to be brought in to prepare for anything that might happen. It is a full service, multidisciplinary clinic for all athletes that compete at the Olympics. It includes primary care physicians, surgical physicians, dentists, ophthalmologists, physical therapists, massage therapists, pharmacists, radiologists, and lab technicians. The clinic is staffed 24/7, so it’s basically a mini-ER with everything that physicians, therapists, and nurses need. Though it’s designed to be self-sufficient, care is coordinated with the surrounding healthcare facilities whenever there is a serious trauma. It’s quite busy throughout the day, especially when you see a spectacular crash that requires transportation of an athlete off the hill.

BT: The Village takes care of athletes’ general health with central resources such as MRI, X-ray, and imaging equipment. Each country will have it’s own medial center within the Village, and each country has a different way of running their medical center. Norway brings their own baker to make sure their athletes get the bread their used to. There’s that level of attention.

There’s even dentistry?
BK: Yes! Part of the Olympic mission is to provide care for the athletes. In the United States we mostly have access to healthcare, but that’s not the case in some countries. You’d be surprised…for some of these athletes it’s an opportunity to receive preventative care. So while the majority of what we do is acute care, such as helping an athlete if they sustain an injury during practice or competition, there’s also an opportunity to promote general wellness. 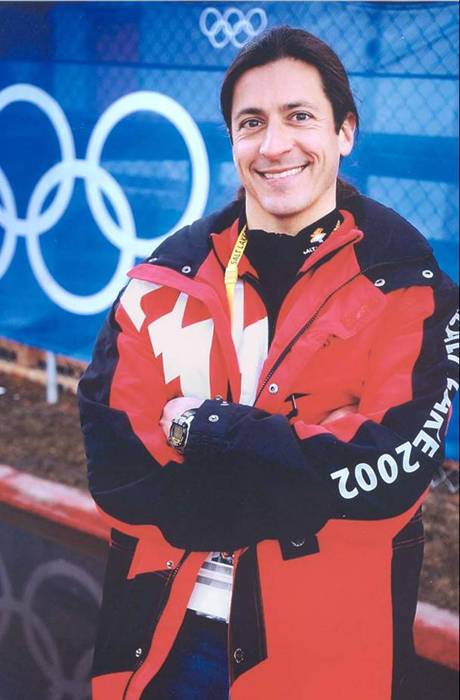 What is it like working with elite athletes at the Olympic level?
BK: Awesome! It’s just amazing. It’s a very unique world and situation. We’re helping these athletes get to their make-or-break moment. It’s their one opportunity to fulfill a dream. During an evaluation, we counsel them on whether they can compete or not, and if they can we coordinate care to quickly get them ready. Unfortunately, I’ve had to tell someone it’s too dangerous to compete.

BT: As a surgeon, you’re the last people they want to be dealing with. Obviously they want the best person available to treat them and reassure them, but the most popular person in the Olympic medical village is probably the massage therapist.

BK: There are high and lows, but that’s why you’re there: to provide the expertise to help these athletes reach their goal. It’s something you have to work towards as a physician, so there’s a sense of pride. If I help someone achieve their dream, then we all win. It’s the same attitude we try to utilize at the University of Washington Sports Medicine Clinic. We use our expertise to help every patient reach their goals, whether it’s completing a marathon or walking down the block without pain.

How does your first-hand experience impact the way you experience the games now? Did you watching them this year?
BK: I always watch them! It’s a mix of emotions because I want to be there and I know some of the people. But the reality is that it’s just exciting to watch. And there’s an added layer of drama because of the knowledge of what’s going on behind the scenes. When Shawn White landed awkwardly and hurt himself you understand that there’s a team working behind the scenes to advise and treat him.

BT: Yeah, a lot of the athletes I treated competed. Some of them I’ve been treating for year and years and years. You can see how they’ve adjusted and how they compete based on injuries.

How do your Olympic experiences inform what you do at the Sports Medicine Clinic?
BK: The key to being at the Olympics is making the appropriate decisions that will allow athletes to succeed to the best of their abilities. We use that same thought process at the Sports Medicine Clinic. It takes a coordinated team to get that done. When we provide quick access and the highest level of care, we help our patients reach their goals and we all win the gold.

BT: Because you’ve had the experience of seeing elite athletes go through ups and downs, you can take a long-term picture with treatment. You can give athletes that perspective. Athletes sometimes want an immediate fix, but you can relate personal stories to provide hope and relatively.

Are great athletes born or made?
BT: Some athletes are incredibility well put together and have balance, coordination, and strength, but as a doctor I can recognize the people who have the right attitude. They show professionalism in terms of training and rehabilitation. They keep a record of what you tell them, or a training diary. Those are the people who end up being Olympic athletes. People say, “He was lucky to get there” but you see the same patterns and same devotion. It’s very rare that someone comes out of left field. There’s a lot more to it. It’s about how they take advice, preparation, and planning.

Best Olympic memory?
BT: My nephew won Olympic bronze medal in rowing. That was a personal moment because he’d had medical issues I’d helped him with. It’s great that he overcame them and the Olympics are the ultimate achievement in rowing.

Also, in 1984 I got to see Mary Lou Retton. It was a spectacular opportunity to be intimately involved with the gymnastics team and that group of athletes.

BK: Honestly, it’s just those moments of realizing where you are. Just the thought of being there and being in the moment. Besides meeting the US athletes ….. I met the Jamaican Bobsled team in 2002, and that was cool ….. but mostly it’s simply the memory of being part of that unique world.

The Winter Olympics ended yesterday. The U.S. won 28 medals throughout the course of the games. Thanks to Dr. Krabak and Dr. Twaddle for taking the time to share their Olympic experience with The Whole U!

Dr. Twaddle is currently organizing the annual Garrick Lecture at UW and his guest speaker/honoree is a Norwegian physician and member of the International Olympic Committee. Keep your eyes peeled!