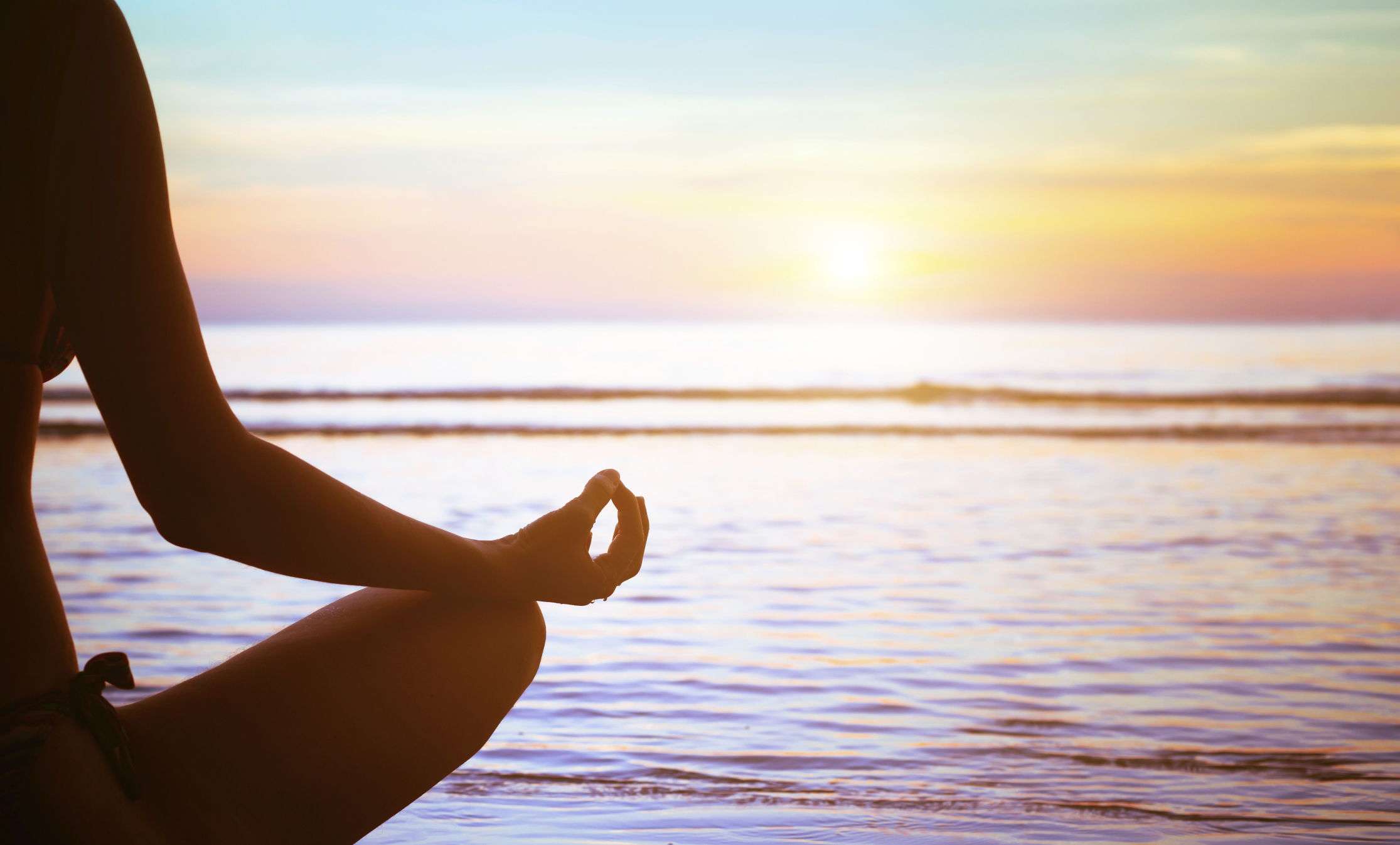 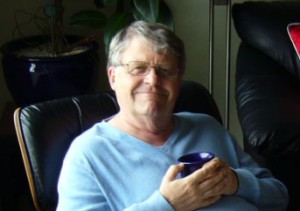 Dr. Richard Berger, professor emeritus for the School of Medicine, developed his mindfulness practice 12 years ago. As his personal practice evolved, he became interested in teaching mindfulness to others. Today, he is a certified mindfulness facilitator, having studied at the Center for Mindfulness at the University of Massachusetts, and receiving his certification from the Mindfulness Awareness Research Center at UCLA five years ago.

Dr. Berger currently teaches Mindfulness-Based Stress Reduction at the IMA and for the UW Center for Child and Family Well-being and is studying methods to teach secular mindful techniques to children. When he is not on campus, he enjoys kayaking, reading, and life with his wife in Seattle’s Queen Anne neighborhood.

The following is based on an interview with Margaret Murray and his own writing.

The ancient meaning of mindfulness can be translated into “to remember.” Mindfullness means learning to remember to pay attention to the present moment as it is occurring without judging ourselves.

This is much like the scientific method: observe what is happening objectively and then try to understand it. Sounds simple, but many of us are often carried out of the present moment by thoughts, planning for the future, and rumination about what has happened in the past. While these thoughts are often useful, we can get carried away and may mistake these things occurring in our mind with what is actually happening.

Mindfulness is about exercising and expanding our awareness to differentiate between what is actually happening and what our minds add to what is happening. This is a very fundamental change for many of us. It can lead to embracing a wiser and more compassionate way of being in the world. In the process we gain more control over our chaotic mind and make it our ally.

You worked as a doctor of urology at UW. What brought mindfulness to your attention?

Professionalism was imbued in the training to become a doctor. Identifying with the job becomes an integral part of many doctors’ self identify. About 12 years ago, I had an illness and couldn’t work as much anymore. And once that was missing, I realized how much it affected me. That’s the dark side of professionalism. If things go well professionally you feel you’re doing well, but if things go bad or you can’t do it anymore, you feel you’re doing bad or are free falling. I decided to let myself free fall and I found a book on mindfulness that was “truthy.” It wasn’t “the truth” in the sense of being absolute, but it had truth in it.

For me, the goal was not to find something to identify with, but to be in good shape whether things went well or not. There will always be good days and bad days, but the goal is to be ok either way.

How has mindfulness training benefited you personally?

I see things in a broader perspective. It’s brought an appreciation for the miracle of consciousness. You also notice the limitations: genetics, your environment, how you’re affected by everything, and where free will comes into play.

An example I sometimes use in class is, I’ll have people sit across from each other and one person will talk and the other will listen. And I’ll give the first person something to say, like, “You never pick up after yourself.” And the other person will be a little irritated even though this isn’t a personal thing. They know I just made them say that, but they’re involuntarily irritated. Am I controlling the way that you feel just by making sounds? Do you have free will in that? So it’s really about developing free will where you can, developing more freedom.

I can see how that would be a long path.

[laughter] It’s interesting. But people do see results in as little as four weeks, or even in two weeks in one study. Mindfulness training can result in clearer thinking, less mental rumination, better decision-making, less stress, improved self-regulation, executive mental function, and many other benefits.

What do you mean by “self regulation?”

Responding instead of reacting. We work on having a larger perspective on emotional reactions instead of having no space between what you think and feel and what you do next. In other words, to go from ““I am angry” to “I’m experiencing anger.”

What evidence is there for mindfulness training?

There are now many trials and scientific studies that have helped define what mindfulness training can do. The best studied program is Mindfulness-Based Stress Reduction (MSBR), which is what I teach at the IMA. It started at the University of Massachusetts by Jon Kabat-Zinn, PhD over 30 years ago.

Not only have studies shown statistically significant results for the benefits in Table 1, but recent studies have identified a probable mechanism. MBSR actually changes the structure of the brain and how it functions.

Stress causes decreased size and function of the pre-frontal cortex (as revealed by fMRI brain scanning), hippocampus, anterior cingulated gyrus, insula, and increased function of the amygdala (especially the right amygdala which is more gloomy than the more cheerful left amygdala). After eight weeks of MBSR training, the same fMRI studies show anatomical growth in these same areas and a shift in emotional-related activity to the more cheerful left amygdala. (Table 2) The implication is that exercising your brain and developing it in a specific direction can cause areas of the brain related to memory, self-regulation, executive function and an overall less fearful view of the world to grow and become more active! You can change your own brain! These changes then allow us to decrease our stress response, which leads to improved physical and mental health.

TEDx Talk: How Meditation Can Reshape our Brains

What does mindfulness training involve?

Meditation can be looked upon as the easy part and is done usually in a quiet place by oneself. The goal of meditation is not to become a better meditator but to practice to lead a life useful to yourself, others, and the world with less suffering and more happiness. Mindfulness is then brought into the more difficult and complicated aspects of daily life.

Is this a religious practice?

It can be, but I teach secular mindfulness.  Secular mindfulness has taken selective aspects of ancient practices and developed ways of using them in everyday life. It is compatible with most religious or atheistic traditions. It can also be complimentary in that it provides a mechanism to promote happiness, decrease suffering, promote empathy and compassion, gratefulness, and forgiveness. These are all endorsed by most religious and secular traditions.

Does meditation mean thinking about nothing?

It’s really giving up thinking, in a way.

One type of mediation is called “focusing meditation” where you focus on one thing—like your own breath. Your mind may drift away, but you notice that it’s drifted away, and you bring it back. You learn to control your attention. It’s letting your awareness gradually becoming more important.

Another type of meditation is “open space” or insight meditation where you allow the mind to go where in wants in the field of awareness.

What is most rewarding about teaching mindfulness to others?

The positive effects reported by students who have completed the class. Class participants report that mindfulness positively affects their life at home and at work. It’s not meant to be therapeutic, it’s educational, but people report less depression, less depersonalization, less emotional exhaustion. They feel a bigger sense of personal accomplishment. They feel better about what they’re doing. It’s very rewarding that way.

Is there any reason not to try mindfulness training?

Mindfulness practice is often compared to physical exercise. It is hardest in the beginning but gradually becomes enjoyable. It takes a while to see the results. It takes motivation. It has mental and physical benefits, but someone with severe depression might not have the energy for it, and if they do it they should be under supervision. Someone who is suicidal shouldn’t undertake it. Part of mindfulness is facing things and learning not to distract yourself as a means of coping. This can conflict with other programs, such as Alcoholics Anonymous, which tells you to distract yourself. Although there is a mindfulness-based relapse prevention program at UW. So you should definitely let your therapist or treatment professionals know before you start mindfulness training. 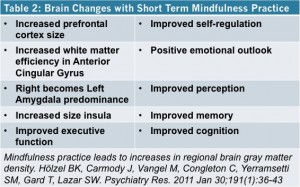 Dr. Berger will be teaching two separate mindfulness classes at the IMA starting January 21 and at the Center for Child and Family Well-Being starting January 29. There are also meditation groups and classes offered by Hall Health Center and by UW Medicine for medical faculty and residents.

I wish to make a comment about the question pasted and Dr. Berger’s response.

Question: Does meditation mean thinking about nothing?
Dr Berger: It’s really giving up thinking, in a way.

I disagree. I have tried to “give up thinking” and know from experience that it is impossible to give up thinking. It is impossible because by the time I notice a thought, it is already there. It is possible that I am misunderstanding the reply – maybe he meant “give up our identification with thinking/thoughts”. Thoughts arise spontaneously and we have no control over thoughts. Test it out for yourself – give up your thoughts for 10 seconds. Did you succeed?

You are correct. Thank you. I thought I said and meant “letting go of thoughts” or as you said none identification with thoughts. They are perceptions and hypothesis and need to be accepted but sometimes not taken seriously. We then need wisdom to know to which thoughts to pay more attention. These distinctions are important.