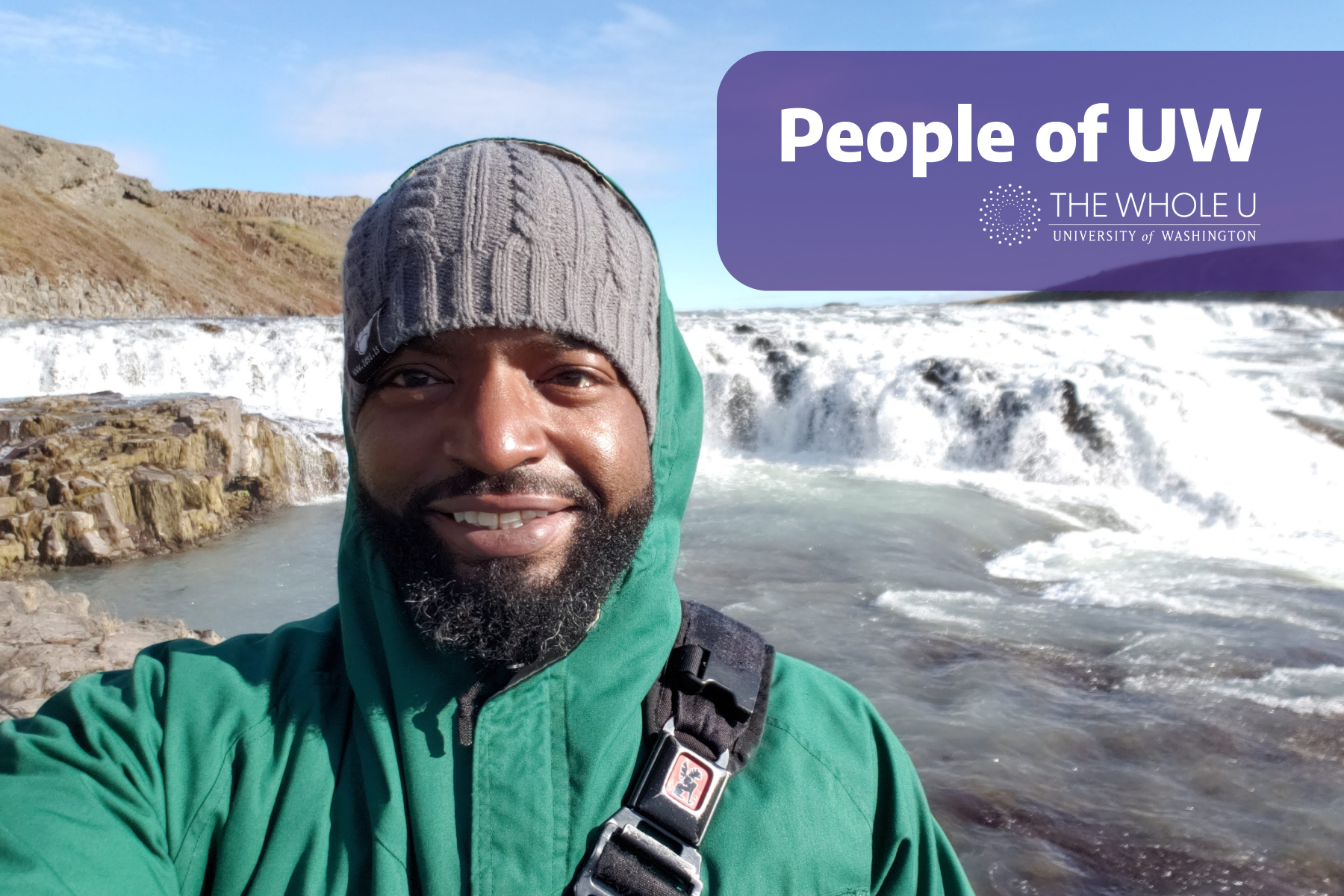 Davon Woodard is an urban guy.

Though he spent a few years during grad school in Blacksburg, Virginia—a small college town in the Appalachian Mountains, home to Virginia Tech—most of his life he’s lived and worked in cities: Lansing, Chicago, Washington, D.C., Johannesburg (South Africa) and now Tacoma.

In fact, it’s fair to say Davon is downright passionate about urban spaces—particularly making them more equitable and livable for the diverse communities that inhabit them.

“Everyone has a right to a home (city) which is reflective of and respectful of their lived experiences,” he wrote. “My work is guided by that principle.”

Davon is an assistant professor of race and urbanism for the School of Urban Studies at the University of Washington Tacoma, researching and teaching critical urban theory within Black feminist and social justice frameworks. A digital ethnographer, his multidisciplinary training in economics, business analysis and community organizing informs his work.

He enjoys looking at and photographing urban graffiti and street art—he’d love to teach a class on graffiti as social discourse someday—as well as architecture, public art installations and communal spaces. 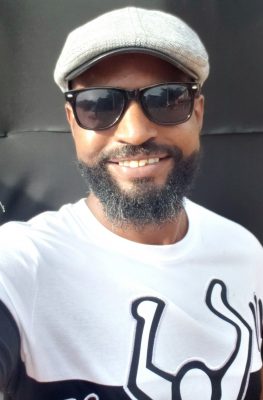 Davon is such an urbanophile that even his tattoos reflect that: on his right forearm is a cityscape of the Johannesburg and Chicago skylines in recognition of his transformational experience there conducting research for his dissertation. On his left forearm, a Keith Haring, whose highly recognizable animated imagery came out of the New York City graffiti art scene in the 1980s.

Truth be told, as an urban-serving university endeavoring to increase public education access and catalyze the vitality of the south sound region through urban renewal, UW Tacoma might just be the perfect fit for Davon.

Davon grew up in Kalamazoo, Michigan, studying public policy at Michigan State as an undergrad. An ardent college football fan, he attended the recent UW vs. Michigan State football game where he may or may not have been wearing green and white. (The Huskies won.)

“I plead the fifth,” he laughed. “Honestly, I bleed green and white. But I root for all the Seattle teams.”

He recently enjoyed the pre-season opener for the Seattle Kraken, and like the rest of the Pacific Northwest he’s anxiously waiting for professional basketball to return to the city.

His brother and uncle came out from the Midwest to attend the game with Davon, celebrate his birthday and experience the Pacific Northwest. As a first-generation college graduate, Davon said being first-gen doesn’t stop with graduation; he wants to share his new life as a professor with his family as well.

“I love sharing UW Tacoma and the Pacific Northwest with my family and friends,” he said. “The research and community work that I do is only because of their unending support throughout my journey.”

A pandemic hire, Davon interviewed via Zoom and had never been to Washington state before arriving in September 2021 to start his new job, straight from six days on the road in a speed-regulated U-Haul with his dogs, Nia and Bryn, for company.

“A harrowing drive,” he said of the experience. “I was towing my car behind a 20-foot truck, stuck at 55 miles per hour, through the highest mountain passes I’d ever seen,” and the lonely highways of Interstate 90.

He hopes not to have to do that again.

And while he is enjoying getting to know greater Seattle and its many cultures—he delighted in carrying the lead flag in the Seattle Pride celebration this year—Davon notes that the city has its share of challenges, such as affordable housing and sustainable infrastructure, along with the sizable amount of foreign capital that bolsters the city’s economy.

In Tacoma, Davon has found a diverse local community engaged in civic activism and profuse with local pride.

“Tacomans are diehard,” he said. “They love Tacoma.”

He recently joined a bowling league and has found a close-knit queer community after spending the summer determined to meet people and engage with his new city.

His colleagues in the School of Urban Studies, he said, are “a dynamic team committed to student-centered learning, social justice, and community building” that he has been honored to join.

And because he walks the talk with his research agenda and teaching philosophy, it’s important to Davon that he transforms and advocates for the community in which he lives: addressing the racial wealth gap in the South Sound using near-term solutions in equitable urban development is both a professional and personal mission.

After completing his undergrad degree, Davon spent a decade engaged in community outreach and fundraising for nonprofit organizations in community-based health, performing arts and parks and recreation programs.

Across organizations and cities, he noticed a trend: certain demographic groups are enormously underserved by the public programs created to meet their needs.

Catalyzed by events like Hurricane Katrina in the gulf coast and, later, the lead contamination of water in Flint, Michigan—which disproportionally impacted people of color and laid bare the effects of systemic racism on BIPOC communities—Davon began to question the historical racialization of urban spaces.

“I started thinking about whose lives are reflected in the city, who belongs and who doesn’t, and what the barriers to belonging are,” he said. “I wanted to better understand how the system works and become an advocate for social justice through better public policy.”

To do so, he went back to school, earning master’s degrees in economics and business before pursuing a PhD at Virginia Tech. There, he developed an individualized plan of study at the intersection of data science, urban planning and globalization—and was awarded a National Science Foundation (NSF) fellowship to study urban computing.

Supported by the NSF fellowship, Davon conducted dissertation research as a visiting scholar at the University of Witswatersrand in Johannesburg, South Africa.

His research explored the communication patterns on social media networks between historically marginalized Black communities and the institutional representatives with whom they interact.

In other words, “how and why certain community residents are ‘othered’ on social media and in real life, and what the implications are for urban planners,” Davon said.

Arriving in South Africa mere months before the COVID-19 pandemic shut the world down, Davon explored the country freely and was able to visit historical and cultural sites of interest.

On the wall of his UW office hangs a map of Johannesburg that he purchased there and brought literally halfway around the world as a reminder of the experience.

And despite having virtually no connections in the city when he arrived, Davon was welcomed into people’s lives and communities immediately.

“Johannesburg is such a vibrant, welcoming city,” he said. “People share their lives willingly.”

As a first-generation college graduate who identifies as both queer and BIPOC, and who was a nontraditional adult learner in graduate school, Davon has experienced his share of imposter syndrome.

“I was literally the oldest person in my graduate program,” he said. 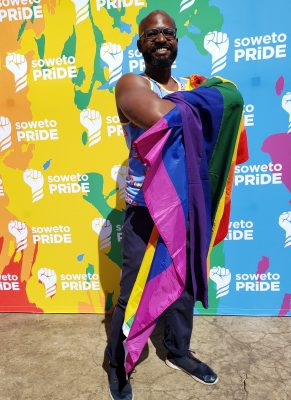 His educational path is a point of connection with his students, many of whom also identify as non-traditional, first-generation, queer, BIPOC—or all the above.

In fact, more than half of UW Tacoma’s students are first to college or first to degree in their families, and fully one-third of undergrads are underrepresented minorities. Many more students are veterans. The diversity of his students’ experiences makes it easy for Davon to connect classroom learning to real-world applications.

“Every student brings something unique to the discussion,” Davon said. “Every class is a little different.”

Teaching a variety of undergraduate and graduate classes, including community development, urban planning theory, cities and belonging, and urban analytics, Davon’s classrooms are participatory learning environments where he strives to teach students skills in collaboration, empathy, sustainability and leadership.

Graduates in urban studies go on to a variety of careers in planning, community development, public works, city policy, education, administration, law and nonprofit work—so such skills are valuable.

“I want students to bring their authentic selves,” he said of his classroom dynamic, “but be able to pivot and empathize with those we are co-creating space with.”

He also stresses to his students that they deserve their seat in the classroom.

“You belong here—you have earned your place here,” he writes about his teaching philosophy and addressing imposter syndrome.

“You are not expected to know it all; we are all here to learn and grow.”

Having spent some time with family in Michigan over the summer, Davon is feeling refreshed and energized for another academic year. He’ll be traveling to Toronto in November for his first academic conference as a professor—a milestone about which he is particularly excited.

He’s also stoked about his next research projects. Through the first, he hopes to replicate the dataset he created during his time in Johannesburg—this time, in Tacoma’s Black communities. The second uses the lens of Afrofuturism, the intersection of culture, science and technology within the African diaspora, in reimagining the urban.

“Afrofuturism is possibility,” Davon said. “As a visioning tool, I hope to use it as a way of reimagining and co-creating a new shared vision of the future.”

He’s also looking forward to taking Nia and Bryn on a camping trip in Olympic National Forest and driving the forest loop to the peninsula. The doggos—and Davon—love being in the woods.

A birthday enthusiast, he’s planning a trip to Bangkok, Thailand next year to celebrate the occasion. He laughs that at least he’s planning it this time: on his 40th birthday, Davon grabbed some money and a carry-on bag and headed to the airport, asking at the ticket counter how far he could get with the cash in his hand.

“The ticket agent looked at me like I was crazy, like this isn’t 1975,” he laughed. “I wasn’t sure they even took cash.”

He ended up in Reykjavik, Iceland, where he had a delightful experience. “Icelanders are wonderful people,” he said. “It was a fun time.”

And in the shorter term, Davon is enjoying familiarizing himself with native plants of the Pacific Northwest. A dedicated gardener, he tends to over 100 plants—mostly indoor container plants, in keeping with his urban lifestyle—all of which he has acquired since he moved to Washington.

The pots in his office—housing orchids, monstera and ferns—all have color-coded symbols for how to care for them. Ask him about his plants, and he’ll detail his system with a big smile on his face.

“I love the discount bin at Lowe’s,” he laughed. “And local mom-and-pop nurseries in my community, of course.”

This is amazing, Love your Journey, and road you traveled on,continue to look forward and sharing with your students and family to inspire them the sky is unlimited to what can be accomplished.

I am sooo proud of you!!! U r an inspiration to others!! I admire you and pray that God will continue to see u reach ur goals and have ur dreams come true!!

Congrats, Davon !!! I really enjoyed reading all the various adventures and challenges you have championed. You are such a free spirit person. I love it. Keep soaring my friend, and may all your mountains become molehills!! Love you
Ms Ruth

So inspiring! Welcome to the PNW, sounds like you are making your mark. I am right with you at the dicount plant rack @ Lowes!!

It’s so cool to have you as a colleague. I’m so glad you chose to join the School of Urban Studies! Here’s to many more birthday adventures!