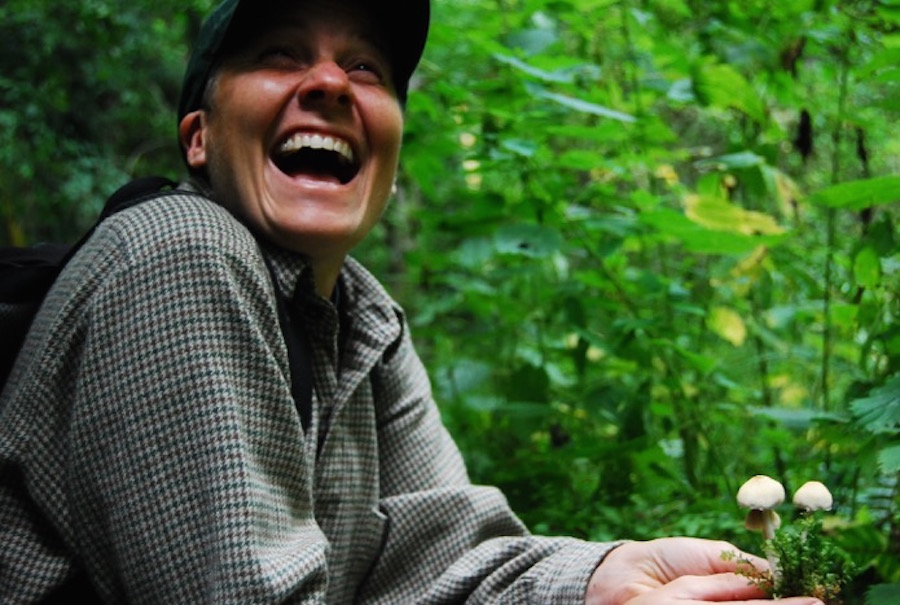 This is the first in a series of weekly spotlights featuring 2018 winners of the Husky Green Award. In support of the University of Washington’s long-standing commitment to sustainability, the Husky Green Awards recognize exemplary achievement of an individual or team from the UW community who have demonstrated leadership, initiative and dedication to campus sustainability.

Even with all that soil for traction, urban gardening can be a slippery slope. Just ask Elizabeth Wheat, a lecturer in the University of Washington’s Program on the Environment, whose journey to become a full-fledged farmer began as a graduate student tending to a couple planters on her back stoop.

Pursuing her Ph.D. in Biology at the UW at the time, Wheat next moved to a house in South Seattle, where she set to work turning up soil on her front lawn to plant vegetables—going so far as to sow seeds on the grass parking strip in the middle of the driveway. Before long, neighbors began stopping by to pick up fresh produce.

“Everywhere I’d go, I would find some opportunity to start growing food,” Wheat says, crediting her involvement with the UW Farm as a graduate student for further galvanizing her interest in agriculture. “I was watching what I was doing and realized I was getting a lot of joy from that work of doing food production.”

When her graduate program adviser, Toby Bradshaw, asked what she would like to do when she’d finished, she declared she’d like to be a farmer. Her biggest challenge would be breaking the news of her post-Ph.D. career plans to her parents.

“I’m a queer person and when I was young and coming out to my parents, it was a struggle,” she says. “But it was almost the same thing to come out all over again and tell them I was going to be a farmer after I got my Ph.D.”

SkyRoot Farm on Whidbey Island is in the seventh season of production. (Photo: skyrootfarms.com)

Today, Wheat balances her teaching schedule as a lecturer with days at SkyRoot Farm, a 20-acre integrated animal and vegetable farm she owns and operates on the southeastern edge of Whidbey Island. The farm takes an ecosystem-based approach to land management and agriculture.

“Although veggies are our main focus, we are integrating animals into the farm,” she says. “Goats help push back the walls of blackberry to reclaim old fences, ducks control the slug population, and our poultry builds the soil and controls weeds. We build our soil so that it can support healthy crops.”

Wheat was initially invited to come manage and live on the farm in 2012 by its previous owner, Karen Litfin, an associate professor of political science at the UW who also teaches about food systems.

On receiving the invitation, Wheat recalls returning home to her wife and asking, “Hey, want to move to Whidbey Island?” When they eventually did, both “fell in love” with the work. Litfin sold them the farm in 2015 and it’s remained a fixture of Wheat’s life—and teaching—ever since. 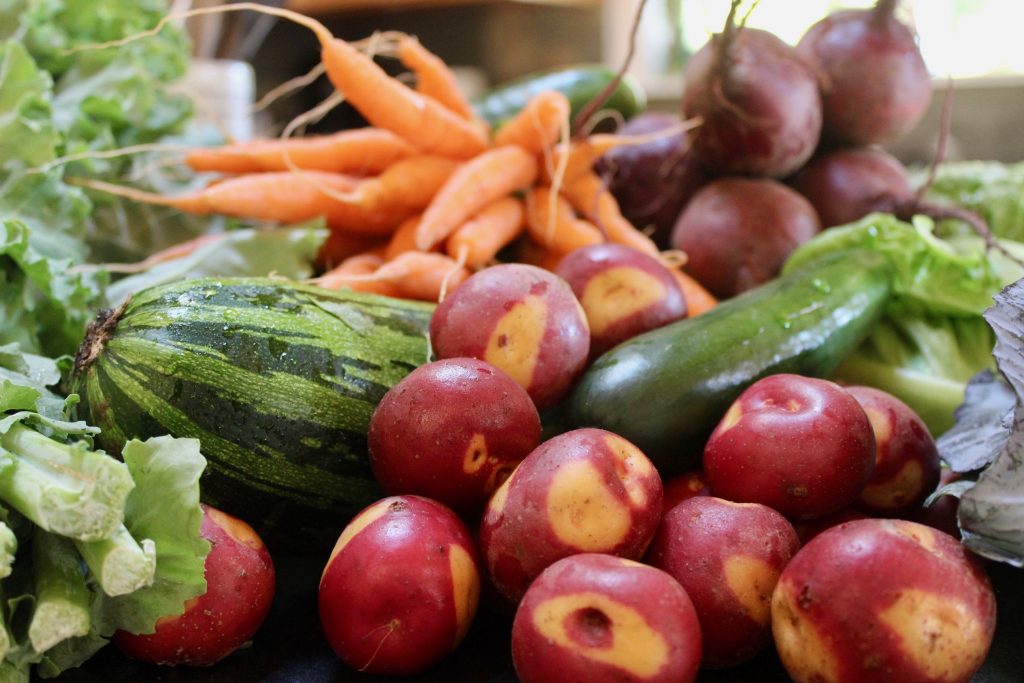 At present, SkyRoot packs 70 boxes of produce a week, 26 weeks of the season, for locals who are a part of its CSA (Community Supported Agriculture) program. The farm sells at least as many units of produce through farmers markets and restaurants.

But Wheat and SkyRoot’s farm manager, Arwen Norman, care more about “growing” the farm’s soil—achieved by integrating livestock into farm operations by grazing them rotationally around the farm—than the farm’s number of production units.

“One of our goals overtime is that more and more organic matter is being added to the soil because of our management practices,” Wheat says. “In that way, we can be really knowledgeable about the animals living on our farm and we can be sure that they’re having really high-quality lives as opposed to bringing in manure products or animal fertilizers that are coming from animals that living in industrial agricultural environments.”

Wheat believes that by changing how we farm, small-scale farms can become an active part of solving the climate change problem—capturing carbon that would otherwise be released into the atmosphere in the form of organic matter and storing it in the reserves of soil. For Wheat, small farms are not only capable of strengthening and revitalizing land in this way, but people as well.

“Working a small farm is one of the most powerful jobs a person can do in that it leads to health in a lot of ways—there’s a cascading impact,” Wheat says. “Working on a diversified farm, a person is probably getting good nutrition and they’re probably getting exercise.” (Wheat averages 18,000 steps each day she works on the farm.) 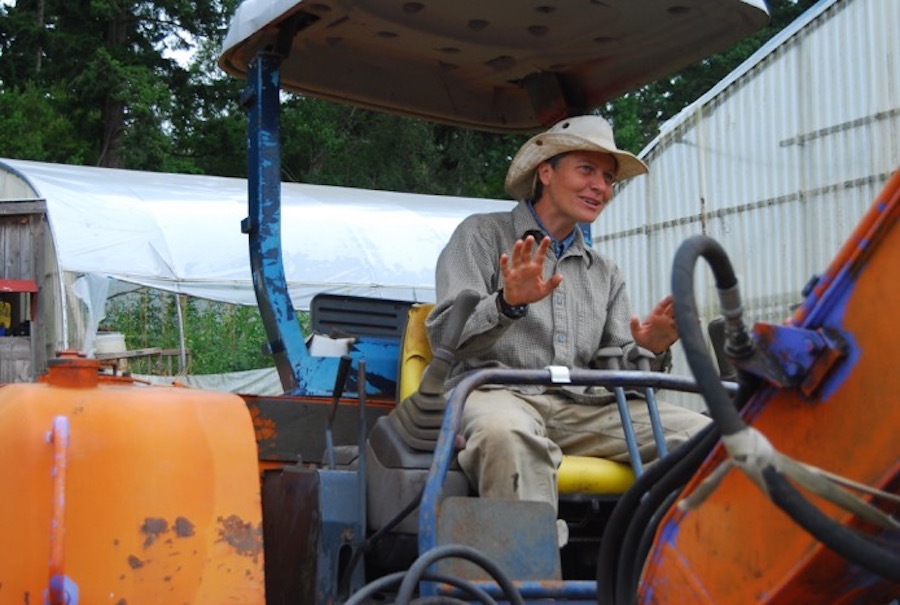 The impact of small-scale agriculture extends well beyond the individual and into communities, many of which, Wheat says, “are struggling right now because of the loss of small-scale farms.”

Wheat saw those losses first-hand growing up on an old farm in a rural farming community near Cooperstown, NY. Her father was a math teacher, but the family farmed strawberries on a small scale while renting out their fields to larger corn-growing operations.

“All of the parents of my immediate friends were farmers and none of those kids grew up to take over the family farm,” she says. “Each of those farms has since been sold and is no longer in production, so I grew up with this understanding that nobody can make a living farming and I didn’t start to come out of that belief until graduate school.”

The decrease in prevalence of small-scale family farms—and in the economic wellbeing of farmworkers—is no accident, Wheat says. “All of the infrastructure that used to support this diverse system of food production has slowly disappeared in favor of larger structures presumed to be more efficient.” 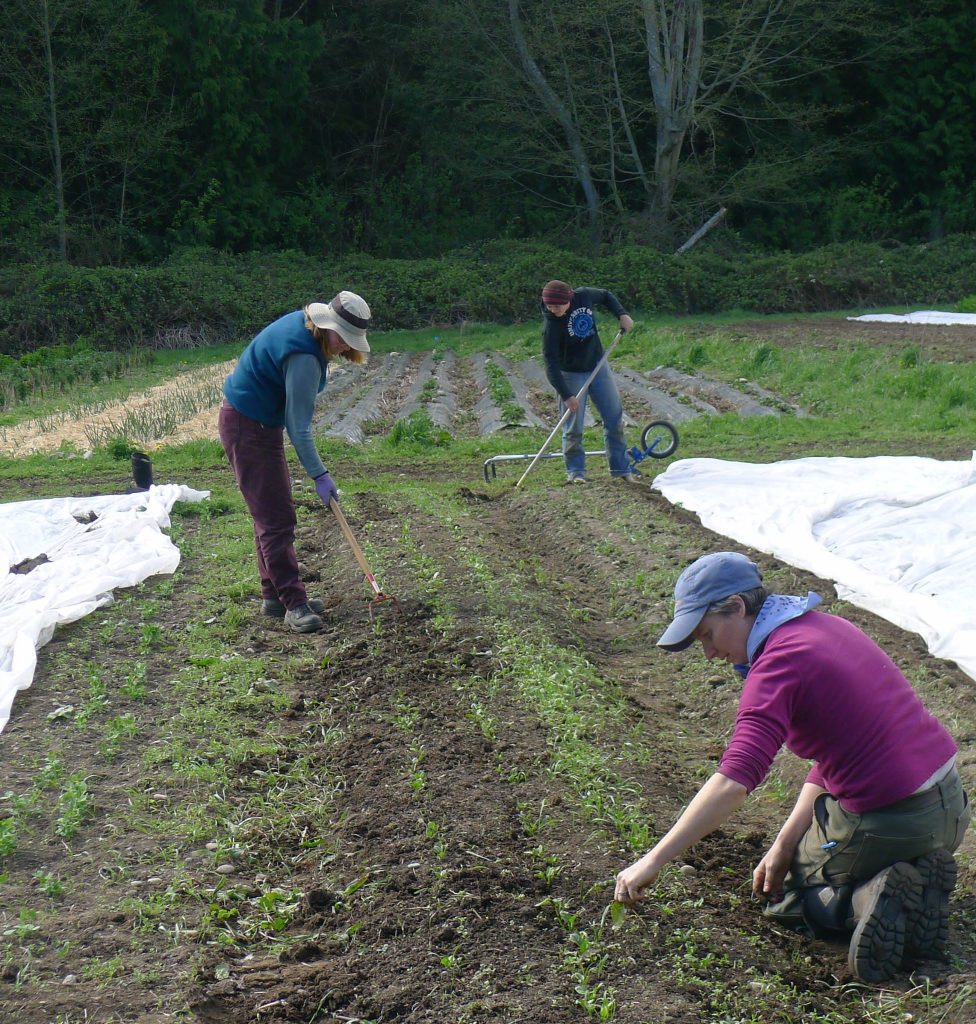 Such industrialized agricultural economies serve to alienate people from native landscapes, breaking the independent, practical relationships people had with land in the past in favor of a more dependent, detached reality.

Whereas, in the past, small-scale farmers were able to prosper and live with a sense of self-sufficiency, farm workers today live a more tenuous existence with more instances of worker abuse.

“The people working in food production are largely people of color, people from marginalized communities, but they’re people who love working the land and could probably take a small plot of land and turn it into a productive system,” Wheat says.

“It’s partially true that smaller scale farms aren’t as efficient and don’t have as much of an economic margin as larger scale, more monoculture farms do, but what small-scale family farms do have is integrated systems that blend animals, humans, vegetables, and small grains into their production facilities.”

Wheat says such integrated set-ups allow SkyRoot and other small farms to be more productive per unit area than most large, monoculture farms. When proven to be productive, independence—and a power of voice that attends independence—is within farmers’ reach.

“One of my goals in teaching is getting students to look at those choices: what are the things we’re trading off here, and are those trade-offs we actually want to be making?”

Asking those questions is a first step in getting to a place where people can live more sustainably—a process Wheat views as “probably the biggest challenge that humanity has ever faced.” She says the outcome remains unclear as to whether we will find that solution, but says structural support—such as is provided by colleagues and students in the College of the Environment—is a push in a positive direction.

“The Program on the Environment is filled with inspiring people who are making choices that are prioritizing sustainability in pretty deep ways,” Wheat says. “It can be hard, but if we have systems to support our endeavors, it can be possible.”

In her capacity as lecturer teaching courses that range from Urban Farming to the Agro-Ecology of Cascadia, Wheat says she strives to challenge students to “figure out what makes them happy” and then help them determine how to achieve that in ways that make the world a better place. 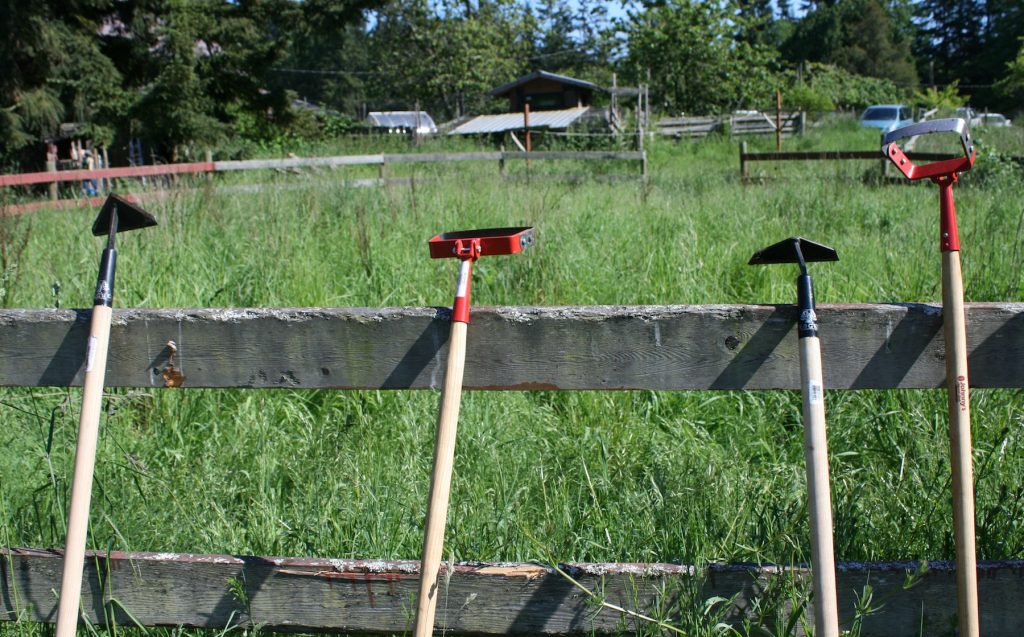 “In higher education, we don’t focus enough on helping students identify that heart space of where they’re at and helping them connect with that in terms of making decisions about their life, where they want to go, and how they want to invest their time.”

It’s time that is all too limited, no matter who you are.

“In a lifetime you only get to practice agriculture for 30 or 40 seasons,” Wheat says. “I might get 30 years, 30 tries, to graft onto that intergenerational knowledge and deep history of a place, so I feel lucky that we can share the farm with so many of the students I get to teach.”

Elizabeth Wheat holds a Ph.D. from the UW. She is a 2010 recipient of the UW’s Excellence in Teaching Award. Learn more about SkyRoot and sustainable, small-scale farming here. (Featured photo: Norah Hummel)