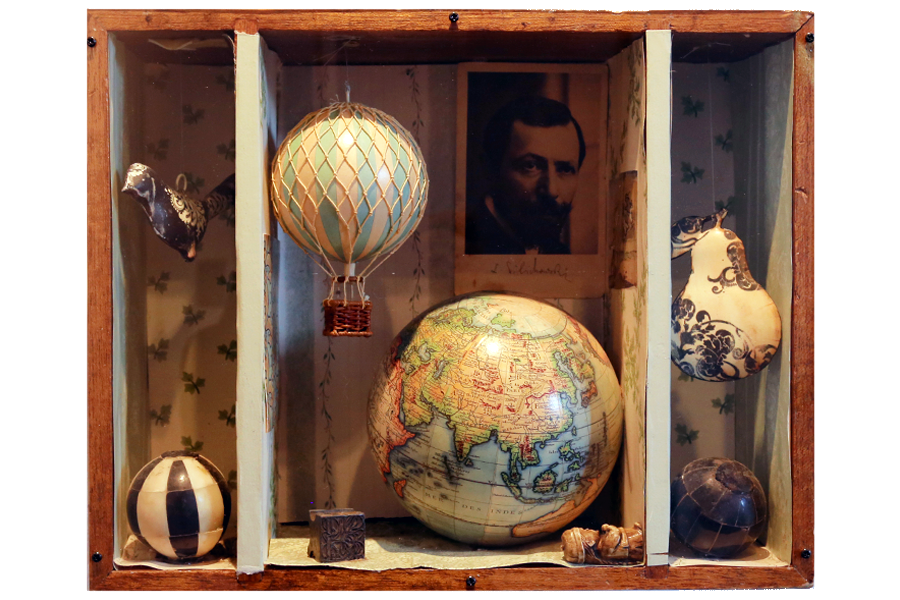 Sometimes an artist comes along whose passion for a given medium is as infectious as she is talented. Enter Deborah Conger Hughes.

A UW alumna and longtime UW employee, Hughes began working at the UW in 1984. She retired in 2008 and passed away in 2015, but not before leaving an indelible legacy at the UW, both in the form of images she created as a photographer and in the friends and colleagues she encouraged and inspired to pursue their own artistic vision.

In 2001, Hughes co-founded the UW Photographers Group (UWPG) as a home for UW faculty and staff to pursue their interest in the art form. The group, which typically numbers around 25 active members, was intended as a celebration of the enlivening pursuit of that single still image as much as a chance to pause and reflect on the world and one’s relationships with the others who inhabit it. 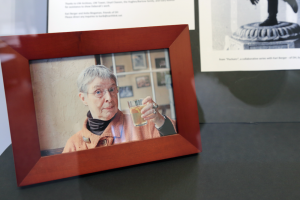 “People are assaulted with images every day,” Hughes told The Daily in 2006. “[With our shows] there’s a chance to get them to stop. It’s chance to see if your work is strong enough to make a connection with another human being.”

Hughes made that connection time and again—both through her own work and from her place at the collegial core of UWPG. From 2001 to 2014, she spearheaded weekly meetings of UWPG and, in the process, helped create over 33 group exhibitions across the UW campus and in galleries and art spaces around Seattle.

Today, the connections Hughes forged—finger on the shutter-release button—are as strong as ever, evidenced by two exhibitions on campus this spring honoring her work and dedication to the UW’s community of staff and faculty artists.

Curated by Hughes’ friends and fellow photographers Kari Berger and Anita Bingaman, one focuses primarily on Hughes’ black and white photography, while the other delves into her side passion: a form of 3D collage using found objects known as assemblage boxes. The dual exhibitions speak as much to Hughes’ creative range as an artist as her unyielding dedication to crafts of all kinds. 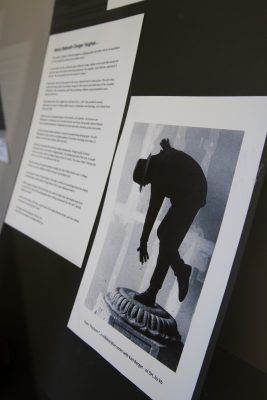 Hughes often worked in the signature black and white style that defined some of the 20th century’s most iconic photographs.

“Deborah was a photographer above all—not a builder or doer of ‘crafts’—so her assemblage boxes were made from what she found and adapted, as a different expression of her lively creativity,” Berger says.

Hughes was influenced by the pioneering assemblage artist Joseph Cornell and was an enthusiastic frequenter of thrift shops, especially on Capitol Hill.

“She had an uncanny knack for finding objects to use in the assemblage boxes and valued the found object with its own mysterious history,” Berger says.

“Deborah felt strong black and white print was the highest form,” Berger says of Hughes’ work in the form that was always her primary medium.

While the Assemblage Box display ended in late March (several of her assemblage boxes are now currently exhibiting in New York), her photographs remain on display at the UW Tower South Plaza Fountain Gallery now through June 23 as part of her show Flâneur: Photographs.

Kerri Everly, the member of the UW Tower Art Committee who brought Hughes’ story and work to our attention, says that viewing Hughes work has in turn moved her to create art.

“Her assemblage boxes were so inspirational that I’ve begun to collect objects to make my own,” Everly says. “Drop by the UW Tower to view Deborah’s beautiful and unique artwork. Like me, you may be inspired to create your own art!”

Hughes’ friend and UWPG co-founder Kari Berger perhaps said it best: “That is the best legacy an artist could hope for.”

We took Kerri Everly’s advice and dispatched staff photographer Christine Nguyen to document Hughes’ assemblage boxes the day before that exhibition closed. There’s still plenty of time to view Hughes photographs at UW Tower South Plaza Fountain Gallery. Take a walk over to get inspired, but first, get a sneak peek below. 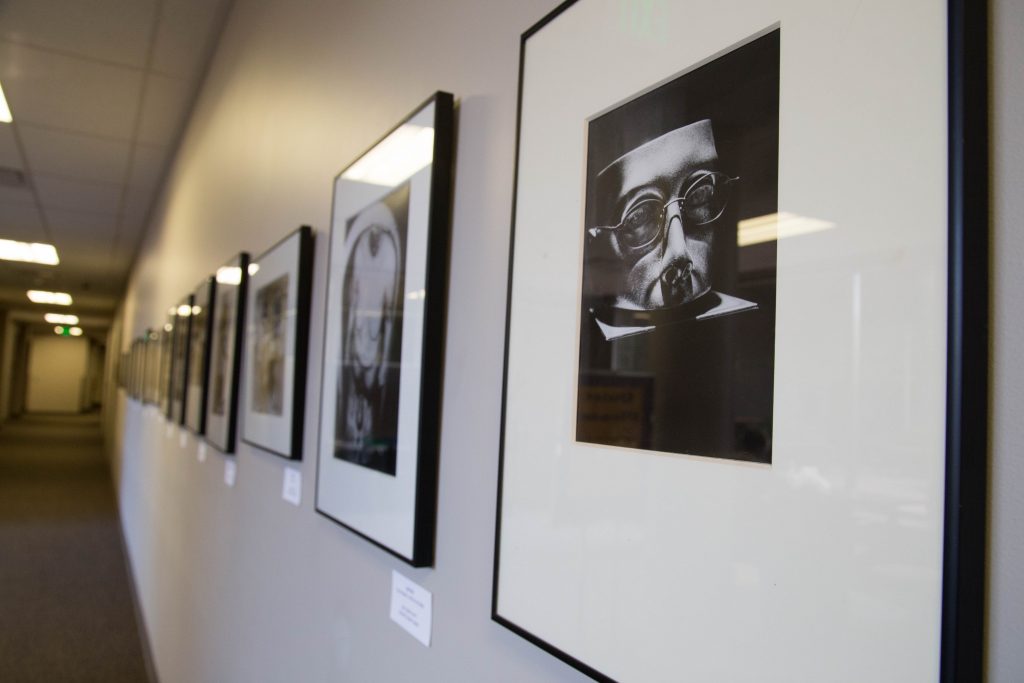 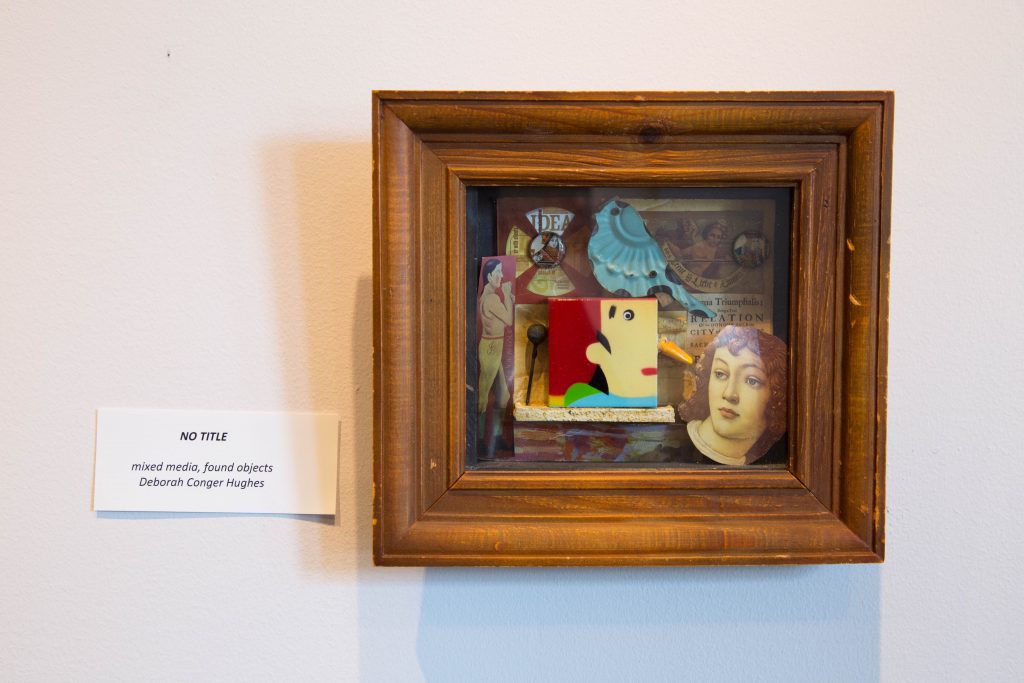 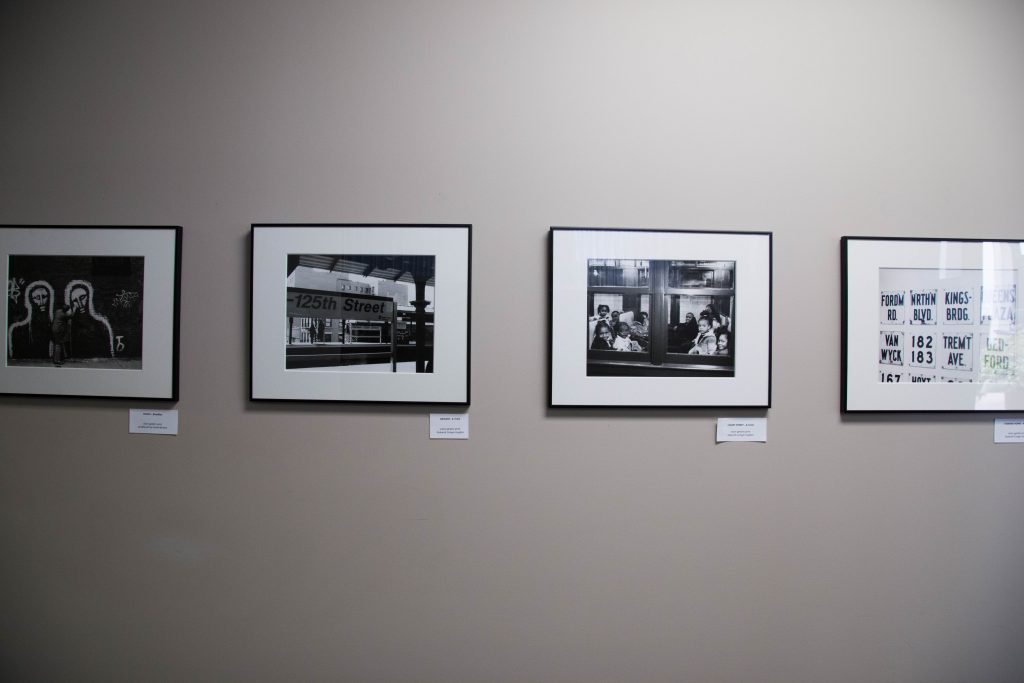 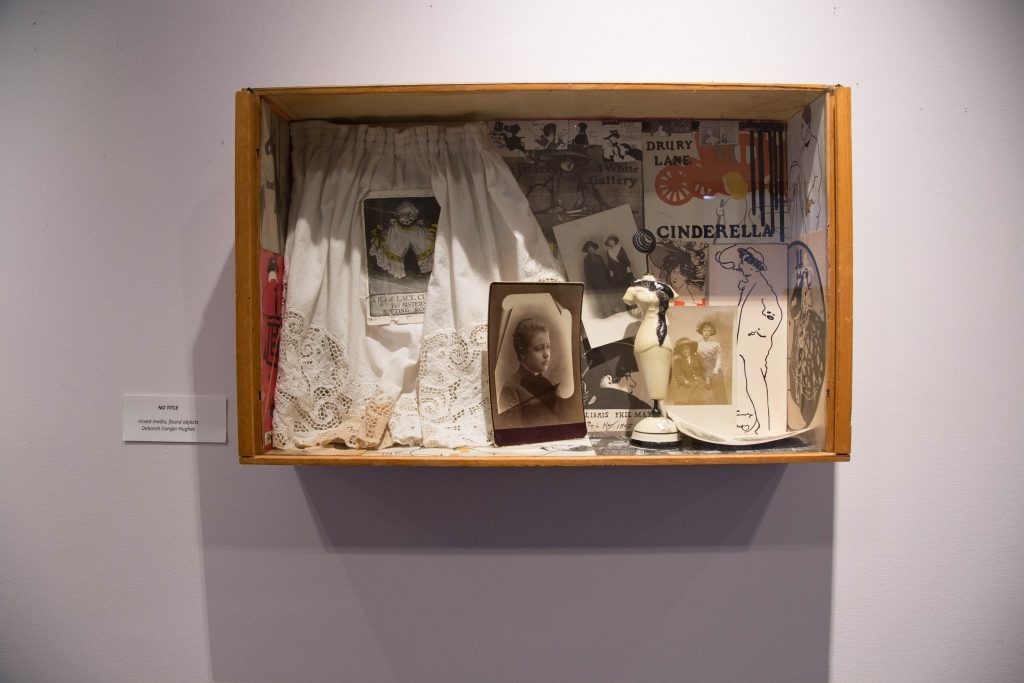 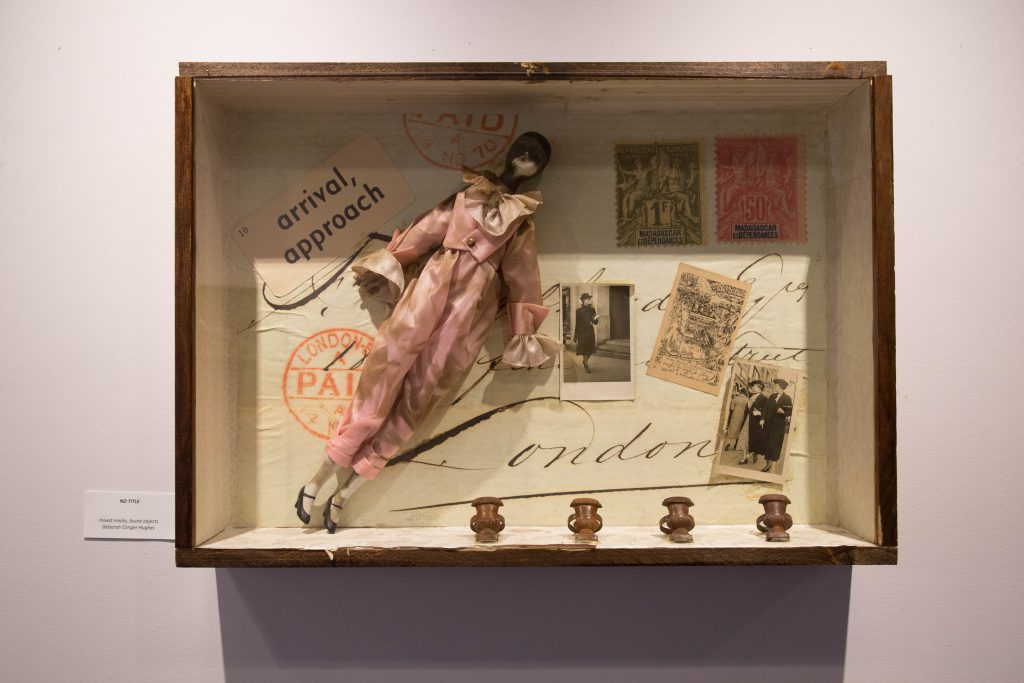 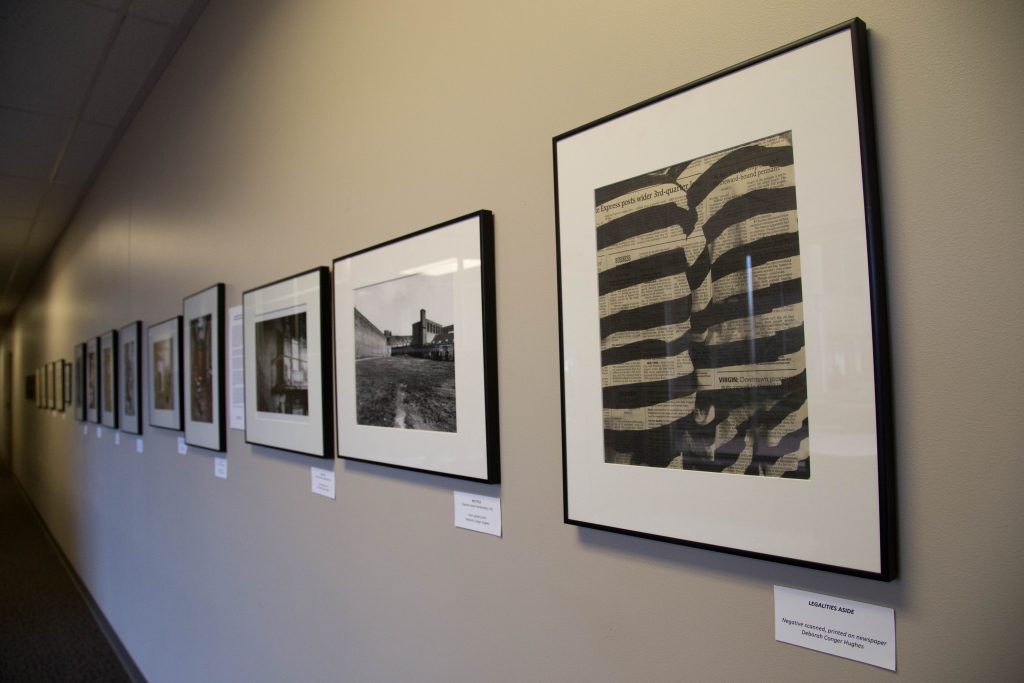 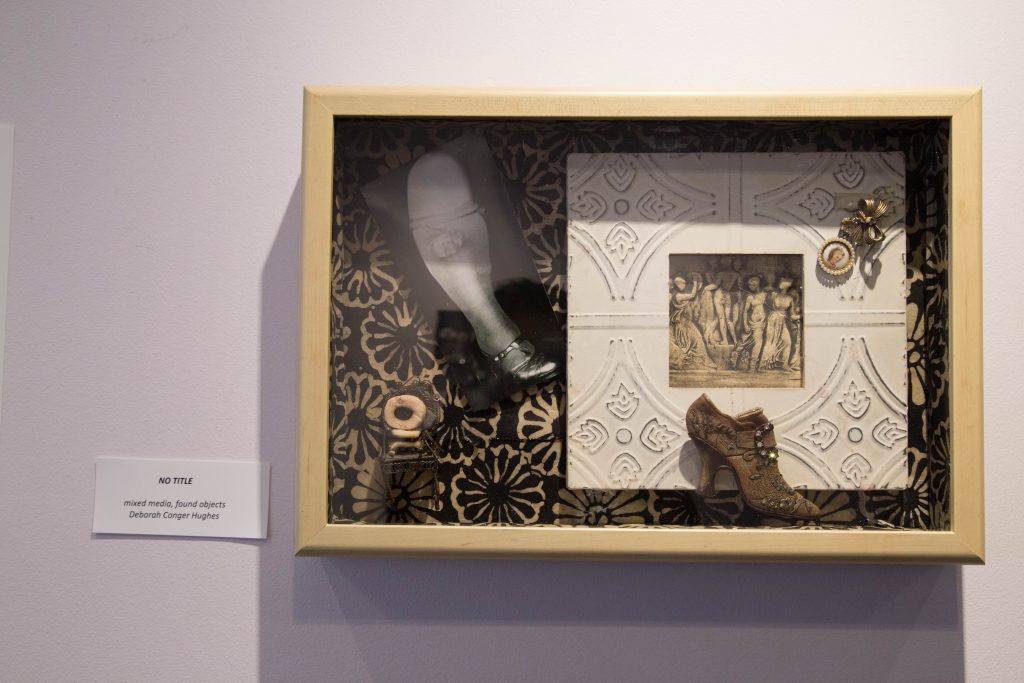 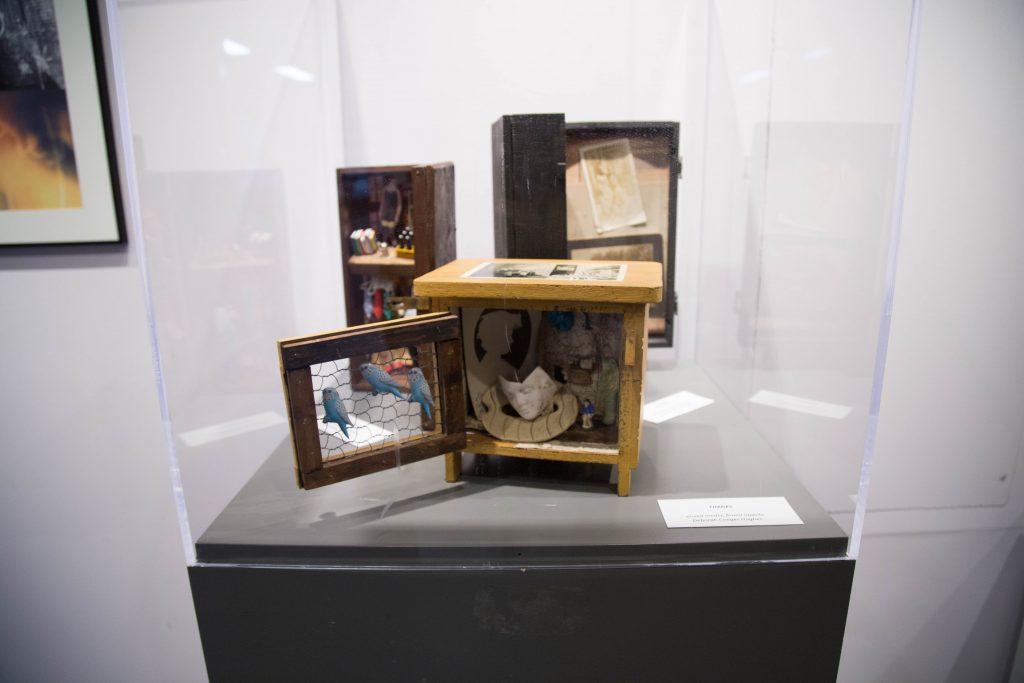 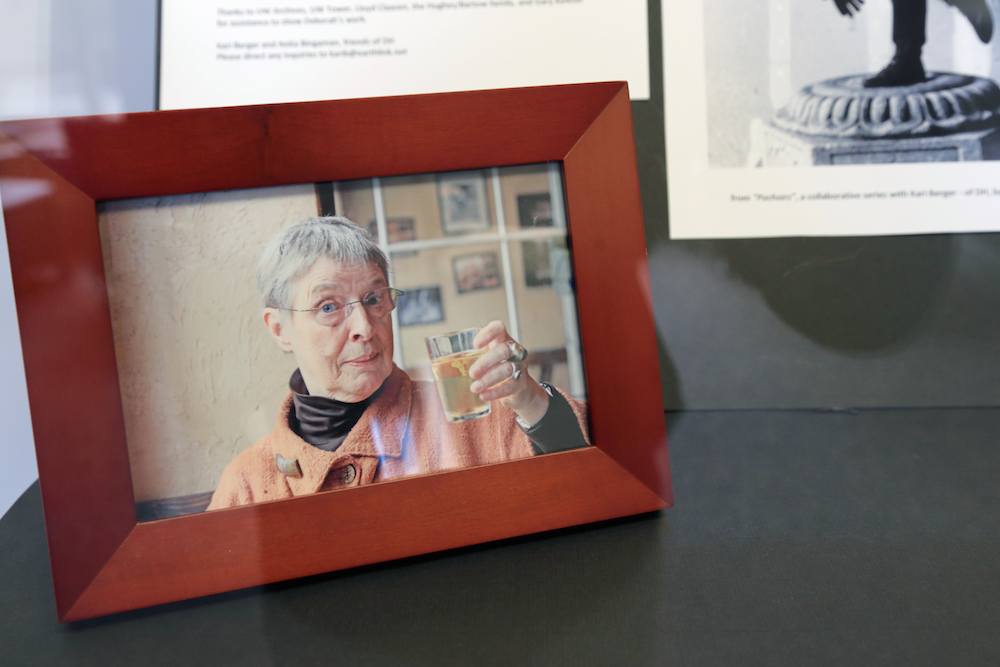 A special thanks to Kerri Everly, Development Officer & Campaign Manager for UW Combined Fund Drive and member of the UW Tower Art Committee, for her contributions to reporting this piece.

I wish this exhibition could come to Europe…