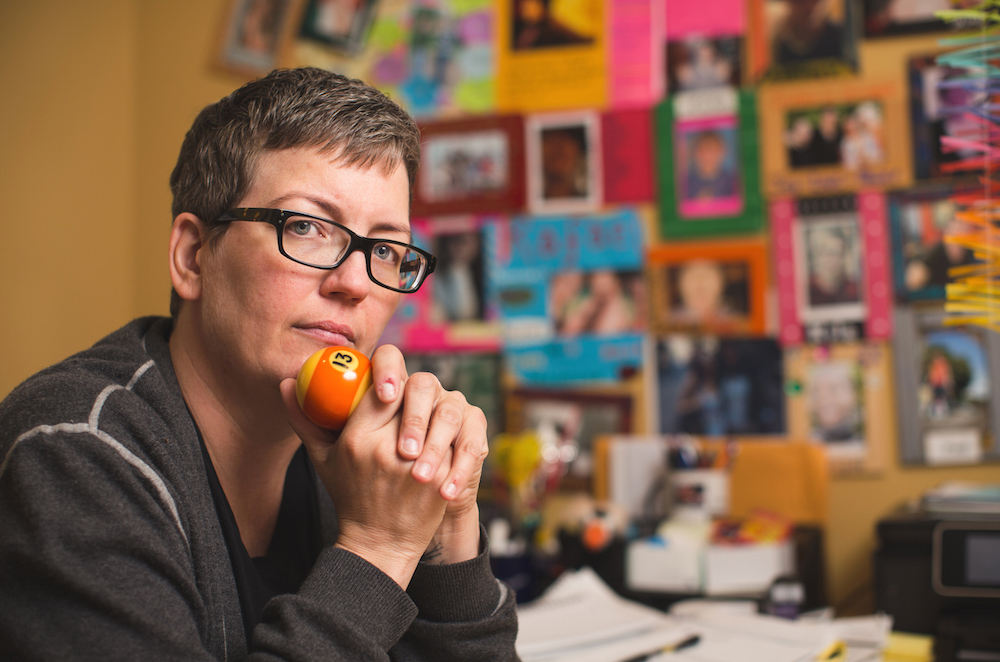 It might seem odd, but Jen Self’s favorite number is 13.

She was born on the 13th of April, but that’s only part of the reason.

“People are afraid of the number 13. It is an odd number, one that is rather queer and stands out — something that always felt true about me from early in life,” Self said. “Much like ‘queer’ has been reclaimed from its disparaging usage, early in life I claimed 13 as lucky and personal. I think it was the first way that I said I was queer.”

Self, who identifies as queer both in gender and sexuality, runs the Q Center at the University of Washington.

“We’re involved with anything on campus regarding gender and sexual orientation,” Self said. “I think of us as the community center for anybody on campus who has a gender and a sexuality — which is all of us.”

First and foremost, Self says, the Q center is a space: a social space and a crisis intervention space. “But we do a lot of other programming and entertainment,” she added. “We bring in speakers, we have a mentor program, and we do policy advocacy.”

The Q Center arose from student activism. In 1999, two students wrote to then-president Richard McCormick saying that the campus wasn’t safe enough for LGBT students. The president assembled a committee to do a needs-assessment of the campus, and out of that came the recommendation to create a center.

While in the Masters of Social Work program in 2004, Self was hired as a graduate student assistant to start the Q Center. She became the full-time director after finishing her Ph.D. in 2010.

The center started as a student-run space for students. These days it serves faculty, staff, students, and alumni. And Self is no longer alone in the office: she’s joined by Assistant Director Jaimée Marsh, five undergraduate students, and two graduate assistants.

There are even bigger plans for the future. Self wants to create a Queer, Race, & Gender Justice Institute, which would have an interdisciplinary focus around four centers: community-building and services (the Q Center); research; education and training; and policy analysis and development.

“It would be a hybrid space where student services and academics would bridge to better serve not only our student population, but our region, country, and the world,” Self said.

If you’re interested in learning more about the Q Center, their 12th Annual Welcome Luncheon is this Friday, October 2 from 12:00 to 1:30 p.m. in the HUB Lyceum.

“It’s an exciting way to start the year, but it’s also a time when students get to meet faculty, staff, and alums that they wouldn’t necessarily interact with on any given day,” Self said. “So many people come to the lunch who don’t necessarily identify as gay, lesbian, or queer. It’s just a nice time where people who are awesome get together and have a good time.”

Go to the Q Center’s website to see information about upcoming events, join the mentoring program, and more.