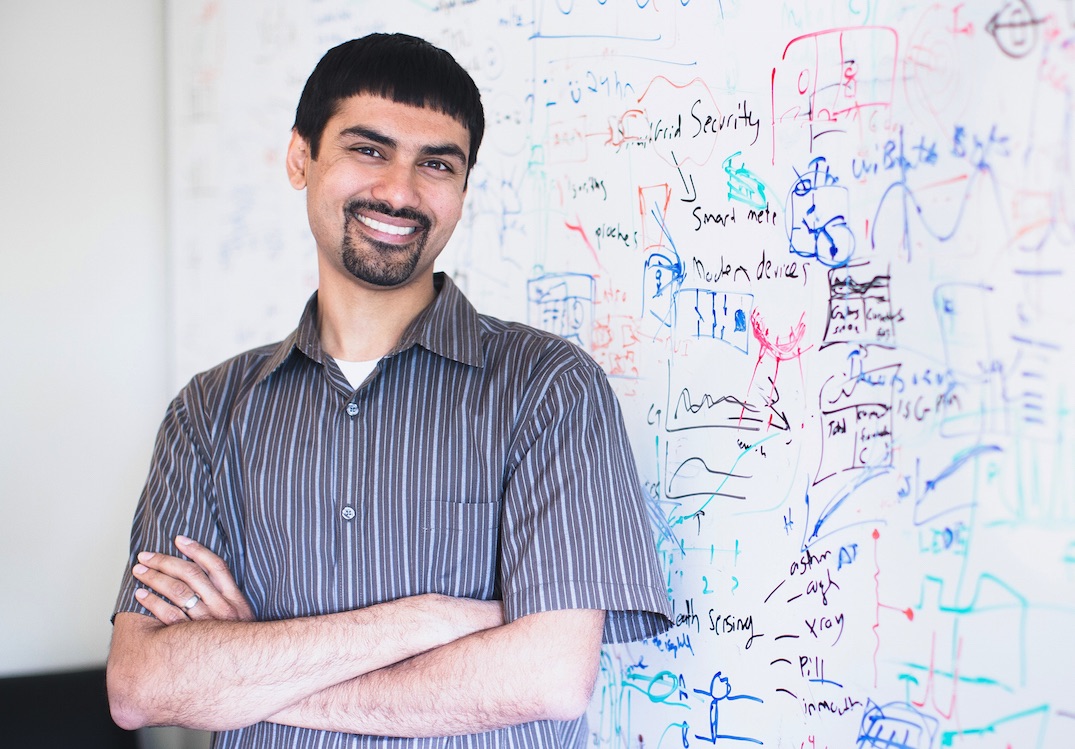 When you’re a professor, researcher, inventor, entrepreneur, and MacArthur fellow, it can be hard to introduce yourself to the person sitting next to you on an airplane.

“I always say professor at the University of Washington. Everything else comes out of that,” said Patel, who has a joint appointment in the Department of Computer Science & Engineering and the Department of Electrical Engineering. “I’m passionate about teaching, research, and mentoring students. The other stuff, like being an inventor, is all part of being a professor.”

At Patel’s Ubiquitous Computing Research Lab, 14 Ph.D. students do research while hundreds of undergrads pass through to either support that research or work on their own projects. The lab also invites high school students from around the country to do an eight-week research project. A couple years ago one of the students presented a paper at a top-tier computer science conference.

“He could barely drive, he had his learner’s permit,” Patel said. “But he gave a talk at a conference where many faculty may not even have papers. And on top of that, he won a Best Paper award.”

While Patel and his lab are often immersed in the nuts and bolts of hard science, he says they always try to keep sight of the bigger picture.

“Engineering is fun, that’s why we do it. We like building stuff. But we also think about what impact we have on society,” Patel said. “Beyond being a professor, I’ve testified in front of Congress. I’ve testified in front of the Secretary of Energy. I work with the Computer Research Association. I want to show that computer science, computing, and technology development in general have a huge role to play in society, and I want to make sure it’s heading in the right direction.”

Patel has a B.S. and Ph.D. from Georgia Tech University. He was a MacArthur Fellow in 2011.