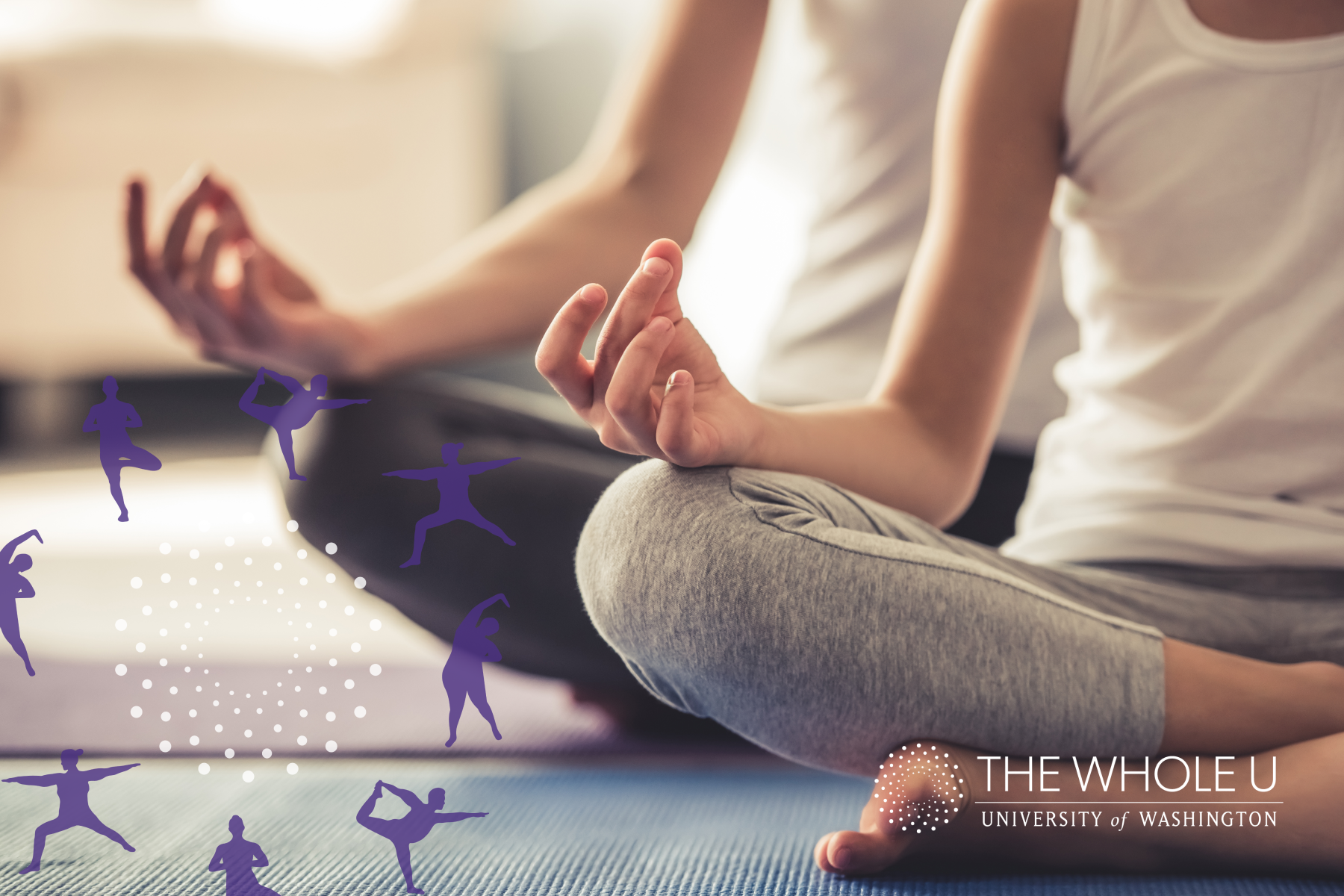 I have a very clear image in my mind of my first experience practicing yoga with Mrs. Percival at Oaklea Middle School. Clearing the classroom of our desks and chairs, she gave us space to step away from our studies and try something new. I remember rather clumsily intertwining my arms and wrapping my legs around each other, balancing on one foot in Garudasana, the pose I now refer to as the “Ultimate Self-Hug”. Looking at the chalk board, trying to hold my gangly body steady. To date myself, this was the late 1980s, so she was quite ahead of her time teaching yoga in the classroom.

It wasn’t until 15 years later that I began to pursue the practice in earnest after, like so many of us, I injured myself training for a marathon. And again, like so many of us, I came to the practice for the physical movement, the workout. It was addictive and fun and challenging. I marveled at how the teachers could sequence movements together, how they remembered what was supposed to go where, which leg went over which, what posture was next on the second side. It seemed like a miracle sometimes. Little did I know, it was only the beginning for me with yoga.

My dedication to the practice grew overtime, and as it did, the gifts of yoga beyond the physical benefits slowly began to unfold. Like, really slowly. Most distinctly, I remember sitting in my car, 45 minutes into my 15-minute drive home from work (and about seven years into practicing regularly, mind you) and being struck like a bolt of lightning with the realization that I was just sitting there. Just sitting. I wasn’t reacting. Not shouting at the traffic to move.

Not feeling the pulsation of adrenaline flooding into my chest. Nothing. Just sitting. And then thinking, “Wow, it’s finally working.”

While I may have been a little slow to the draw on some of the other less touted benefits of yoga, the practice for me has progressively become a fertile breeding ground and mirror for reflection and self-inquiry, connection and refuge. It has taught me, as I recounted above, to create space in my life between what’s happening around me and what’s happening internally. To use breath as the magnificent tool that it is to self-soothe and calm. To keep the internal waters calm regardless of the chaos that may be brewing around me.

It has also taught me to pay attention to what’s happening inside in my body, to slow down enough to pay attention to where the chatter exists—the origins of the aches and pains, the places that need space. To simply be more mindful about where my body is in space, how I carry it forward and backwards, up and down, and side to side. To stand tall. To what my body needs in that given moment, separate from what my mind is telling me it wants—or more often, what doesn’t want.

Related to these gifts of non-action and body awareness, it has taught me how to identify and sit with my emotions. How to allow them to swirl in my head and circulate in my body until they have time to either settle down or slip away. How to give my body the time it needs to process but not necessarily respond.

It has taught me time and again—like, literally every day—to remember my breath. To slow it down. To slow myself down. To be conscious of this exquisite miracle that we rarely think about and often take for granted. To manipulate it in such a way to relax the body, to stimulate the skin, to slow the heart back down, to activate a sympathetic response.

Externally, the practice has given me the gift of community, providing me with a haven to go to where I know I’ll feel safe, cared for and welcomed by others, where I’ll connect and share a few words with friends before moving and breathing in unison for a conscious 75 minutes. Where no matter where I am in the world, I can come home for just a bit. The friendships that I’ve formed and the bonds that I’ve built over the years have shaped the trajectory of my life and sent me down a path that I visualized and dreamed of for 20 years without having a clue about how to realize it.

Join Amity and The Whole U for 8 weeks of vinyasa yoga. This paid yoga series begins Nov. 4, register here.

Courage and Sense of Self

Last for today—but definitely not the last on the list—yoga has given me the courage to first listen to, and then to speak, my truth about what I need and desire inwardly and outwardly in my life. It was the vehicle that propelled me to make the radical decision to leave my career in the UW School of Medicine and move to Rome, where my heart has lived since I first came to this glorious city 24 years ago. When I moved to my chosen home in 2015, it helped me to rapidly manifest a longer-term dream to have a yoga studio here in Rome, where I have had the honor of teaching yoga and leading a beautiful international community of teachers and practitioners for the last six years.

All the while, yoga has continued to provide a fertile space where I come to connect with my breath, to create space in my body, to sit with my emotions, to process and release, and to share these tools with others who are curious about diving in deeper into the practice. 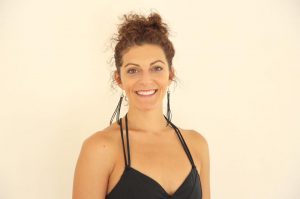 Amity is a graduate of the Foster School of Business, where she completed her MBA in 2002. She began working at UW Medicine during graduate school, and became Assistant Dean of Graduate Medical Education 2009. She transitioned to her current role as Resident Director of the University of Washington Rome Center in 2017.

On the yoga side, Amity has been a student and practitioner of yoga since 2004. She completed her first 200-hour teacher training at Haute Yoga Queen Anne in 2012 and another 200-hour training with Africa Yoga Project in Nairobi, Kenya in 2013. In 2015, she began teaching at Zem Yoga Studio Roma, and soon thereafter became owner of the studio.