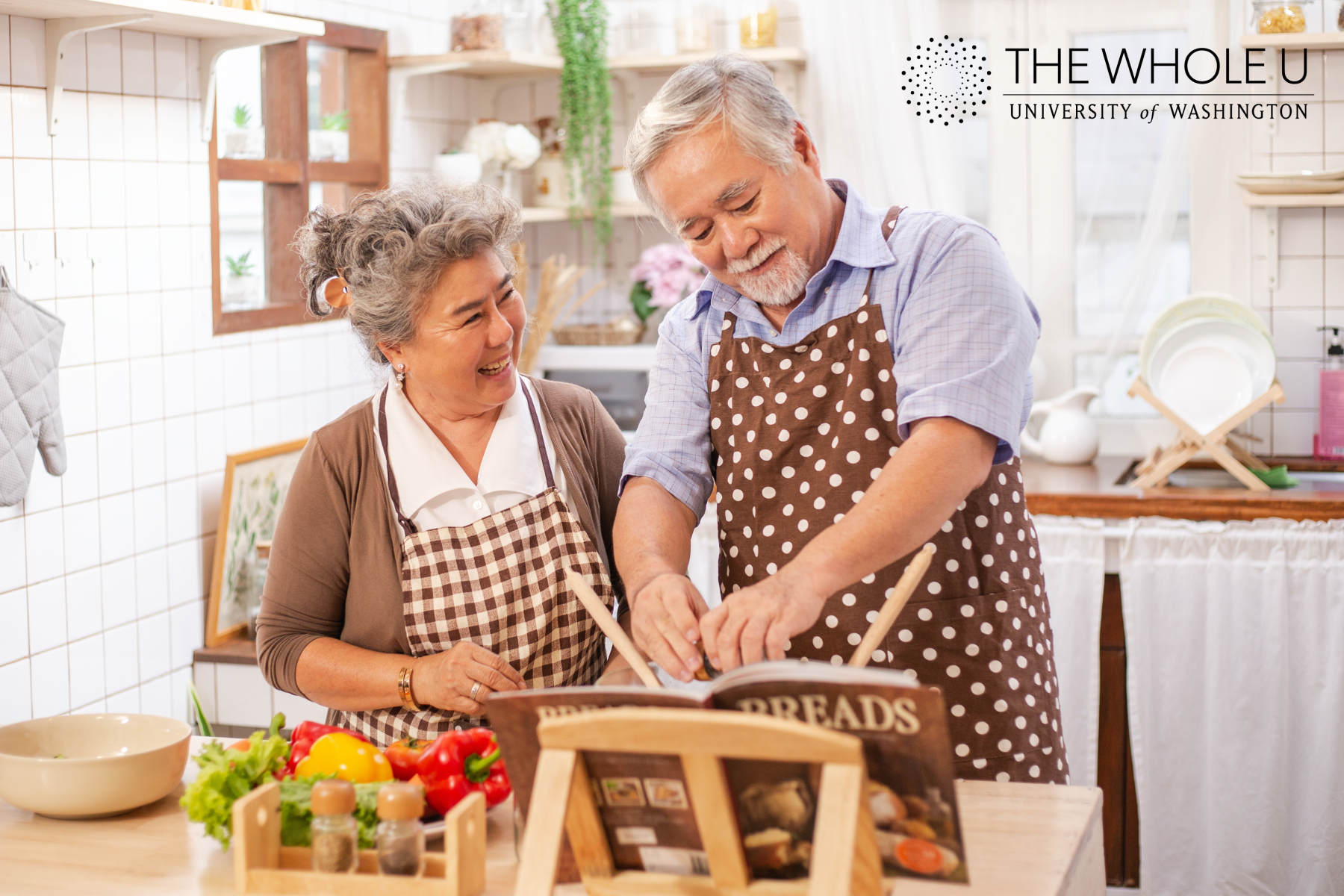 For several generations, especially for those we know today as the Silent Generation and Baby Boomers, the American Dream included not just gainful employment and climbing the property ladder, but also a retirement filled with frequent travel, enjoying the grandkids, pursuing hobbies and otherwise finding fulfillment.

This has, of course, never been a realistic view of later life for most people. Some find enjoyment in their work and have no intention of suddenly stopping. Many others may wish to retire or work less but can’t afford to.

The other major constraint–often glossed over by the glossy lifestyle magazines aimed at older people–is health. Problems with illness and disability force some to stop working prematurely, with the result that savings are more likely to be spent on medical bills and prescriptions than on cruises or tropical getaways.

Designating September as Healthy Aging Month raises awareness of ways to increase wellbeing as people age. First started twenty years ago by magazine editor Carolyn Worthington, its scope and impact has grown significantly as the U.S. population has aged.

At the start of the millennium, 35 million Americans were aged 65 or older. By 2040, this number is expected to more than double to 80 million. Of those, 15 million will be 85 or older. Even among the very oldest–centenarians–the population rose by almost 50% from 2000 to 2014.

With no signs that these trajectories will slow down, let alone reverse, there is an ethical, societal and financial imperative to maximize health in older generations, allowing them to enjoy either retirement or continuing in their careers.

UW’s own Healthy Aging and Longevity Research (HALO) Institute is among those leading the charge in this field. Housed in the School of Medicine and founded by Dr. Matt Kaeberlein, its mission is “to enhance understanding of the biological mechanisms of aging in order to promote healthy longevity.”

Those last two words are crucial, recognizing the futility of increasing longevity without also addressing geriatric health. For this reason, Dr. Kaeberlein talks about “maximizing healthspan” instead of lifespan.

The UW School of Nursing’s de Tornyay Center for Healthy Aging approaches the problem from a slightly different angle: funding nursing research and promoting the field of gerontology as a nursing specialization.

Of the many illnesses and disabilities that can rob people of their ability to thrive in their older years, one of the cruelest may be dementia. Actually a family of several neurodegenerative conditions rather than a single disease, dementia is defined as “the loss of cognitive functioning — thinking, remembering, and reasoning — to such an extent that it interferes with a person’s daily life and activities.”

While many older people occasionally forget names or where they left something, dementia is not a normal part of aging. However, more than a third of people aged 85 or over suffer from one form of dementia.

The best known–and most common–form is Alzheimer’s Disease, accounting for about 60% of dementia cases, but significant numbers suffer from other forms, such as vascular dementia, frontotemporal dementia, and Lewy Body Dementia (LBD).

Although dementia is primarily considered a disease of the elderly, around 9% of cases are considered “early onset,” meaning that symptoms were detected before the age of 65. One other misconception is that forgetfulness is the defining symptom of dementia. Instead, sufferers can experience a wide range of debilitating symptoms including confusion, speech difficulties, hallucinations, changes in personality and behavior, and problems with movement and balance.

There is currently no cure for dementia. However, there are known risk factors which, if avoided, may reduce the chances of developing dementia. This brings us full circle, since the advice given to reduce dementia risks is largely the same as that given to promote healthy aging in general.

Maintain and improve health while aging

Aging is an experience that everyone shares, albeit not in the same way. Genetics play a key role, as do socioeconomic, racial and gender factors. However, the relatively simple recommendations above have been proven to increase wellbeing, improve health, and mitigate risk factors for chronic conditions. And for those reading for whom old age seems far away, these lifestyle changes improve health outcomes at any age.

Consider making a one-time contribution or setting up payroll deduction to one of our CFD member organizations supporting healthy aging:

University of Washington Retirement Association (UWRA) (charity code 1481553): The UWRA informs, connects and advocates for UW retirees and pre-retirees. The UWRA encourages continued engagement with the UW and fosters a purposeful retirement through educational and social programs.

Meals on Wheels People (charity code 1480747) has a mission to enrich the lives of older adults and assist them in maintaining independence by providing nutritious food, human connections, and social support. They also use their expertise and capacity to serve other nutritionally at-risk populations.