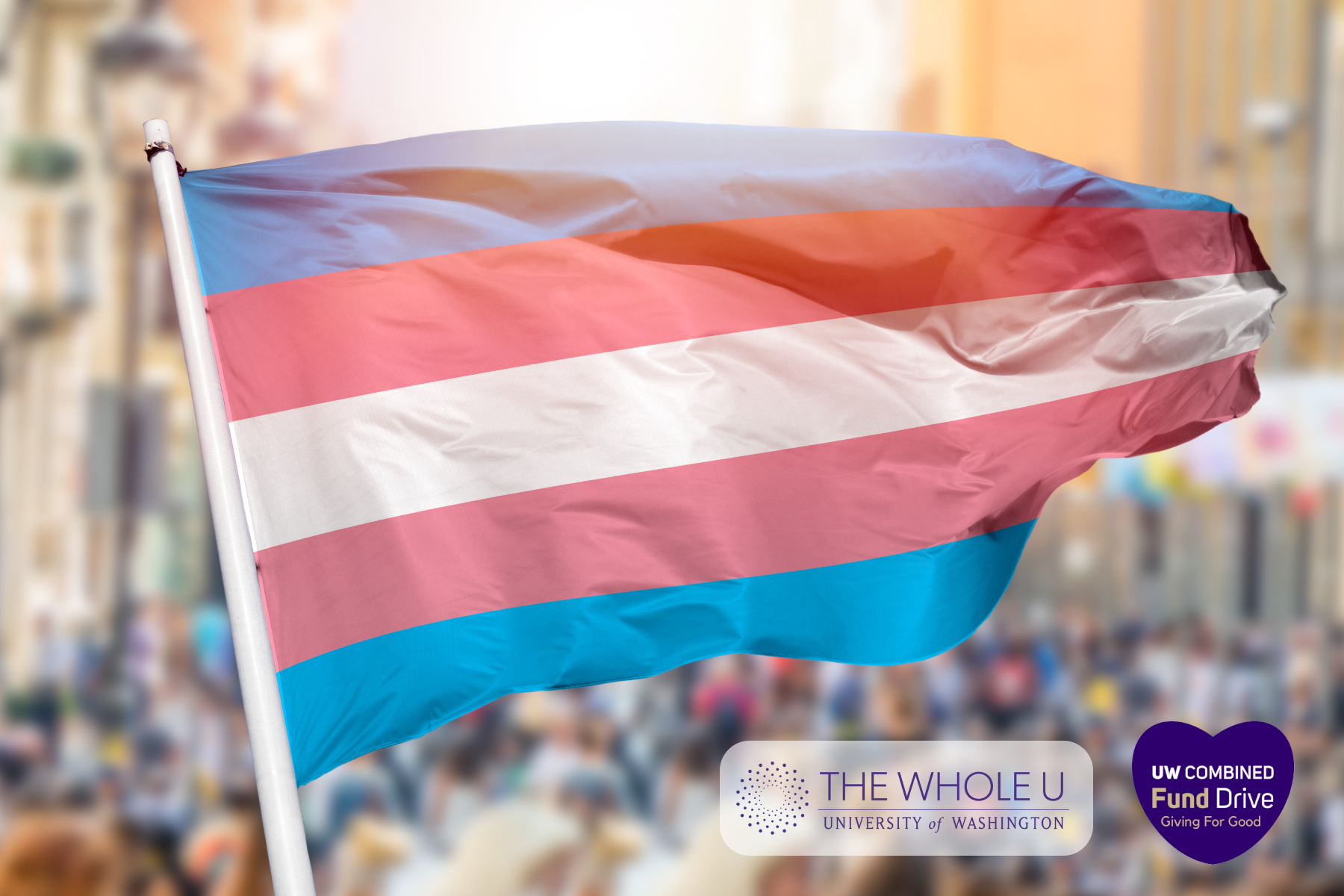 Happy Pride Month! Pride is a joyful celebration of the contributions of the LGBTQIA+ communities, honoring those whose lives were lost to hate crimes and institutional homophobia, and serving as a catalyst for continuing advocacy work for equality.

During Pride Month and all year long, LGBTQIA+ people and their allies highlight the lived experiences, the joys and challenges, of trans and nonbinary people in our communities, as well as working to create safe and affirming spaces in the workplace for people to live their authentic lives.

Did you know that the trans equality movement got its start, in part, following the June 1969 Stonewall uprising in New York City? Stonewall was a weeklong series of protests for LGBTQIA+ equality, a response to seemingly never-ending harassment and intimidation of the queer and transgender communities by police in the city. In June 1970, activists marked the first anniversary of the Stonewall riots with a march on New York’s Central Park—the first Pride parade.

At the forefront of the Stonewall uprising was a true trailblazer in the fight for equality and bodily autonomy: Marsha P. Johnson, a Black transgender woman, a self-identified drag queen, AIDS activist and co-founder of the Gay Liberation Front. Johnson was the probable (though never confirmed) homicide victim of anti-transgender violence – which has become an epidemic, particularly aimed at young trans women of color.

My story: Fighting to be seen, fighting to be heard: Meet UW Bothell alumna Jesse Blaire, ’22, who completed a double major in Law, Economics & Public Policy and in Society, Ethics & Human Behavior. Jesse shares a reflection on navigating intersectional identities, their studies at the University, and our world on the UW Bothell news blog.

The Human Rights Campaign (HRC) See Each Other. Save Trans Lives campaign is amplifying everyday stories of resilience, joy and humanity among the trans community by working to break the connection between anti-trans stigma and violence against the transgender and nonbinary communities.

In legislative sessions around the country in the past two years, dozens of harmful and discriminatory anti-LGBTQ pieces of legislation were proposed. Organizations like the ACLU have been tracking and actively fighting these acts in court. These acts are especially harmful to youth, many of whom report bullying and harassment at school.

A national survey by GLSEN, a nonprofit focused on making America’s schools safer for all, found that regardless of sexual orientation or gender identity, 75% of transgender youth feel unsafe in school and 59% are denied access to the bathroom that corresponds to their gender identity.

According to research from The Trevor Project, the incredible stress of denying one’s identity and the continuous burden of defending and advocating for themselves, in addition to the increased likelihood of experiencing harassment, are causes of the increased experience of depression, suicidal thoughts and hopelessness in transgender youth.

As part of the TransYouth Project, a large-scale, national longitudinal study of more than 300 socially transitioned transgender children, researchers are finding that transgender youth who feel supported by their families and communities measure closely to the mental health of their cisgender peers.

Allowing transgender youth to participate in sports teams in line with their gender identity, asking youth how they identify and using their pronouns, and creating space that offers psychological safety all support avenues for LGBTQIA+ youth to thrive in their communities.

Learn More and Get Involved

Outside of the courtroom, there are many actions you can take to protect transgender youth and proudly stand with the LGBTQIA+ communities this Pride Month:

Human Rights Campaign’s Be an Ally – Support Trans Equality: This resource page offers a checklist of ways to support the transgender and nonbinary communities. Also check out HRC’s Myths and Facts: Battling Disinformation About Transgender Rights.

A Guide to Being an Ally to Transgender and Nonbinary Youth: It can be tough for transgender and nonbinary people to bear the burden of educating others about their lived experiences. This guide will help begin your education on the basics of gender identity and expression.

Black and LGBTQ: Approaching Intersectional Conversations: For people with multiple marginalized identities, it can sometimes feel overwhelming to explore the layers of these conversations with others who don’t have the same experience of marginalization. Here are some approaches to consider before, during and after a difficult conversation to make sure the dialogue — and your mental health — stays safe.

How to Support Bisexual Youth: This guide is an introductory educational resource that covers a wide range of topics and best practices for supporting the bisexual youth in your life, which may include yourself! Educating ourselves is an ongoing practice, and how we define and express identity is an ongoing journey.

LGBTQ+ Allyship: How to Show Up for the LGBTQ+ Community: Posted to UW Medicine’s Right as Rain blog.

For the Gworls: A Black, transgender-led mutual aid collective that provides Black transgender people with assistance with their rent and their affirmative surgeries, as well as doctors’ and therapy visit copays.

TransFamilies inspires hope, increases understanding, and creates a visible pathway to support trans and gender diverse children and all those who touch their lives.

Support through a UWCFD Contribution

The Whole U and the UWCFD affirm and celebrate people of all sexual and gender orientations, identities, and expressions and encourage volunteerism, advocacy and support of nonprofits working in this space.

Consider making a one-time contribution or setting up payroll deduction to UWCFD member organizations working to positively impact the lives and well-being of LGBTQIA+ people:

Human Rights Campaign (charity code 0315683): HRC envisions a world where every member of the LGBTQIA+ family has the freedom to live their truth without fear, and with equality under the law.

The Q Center at UW (charity code 0493258): The Q Center is the professionally supported resource, advocacy and mentoring center for queer students and concerns at the University of Washington. It provides consulting for various departments on campus on bolstering safety and respect for queer students, and also coordinates numerous programs, social organizations and educational initiatives.

The Gay & Lesbian Alliance Against Defamation (GLAAD) (charity code 0456944): GLAAD is dedicated to promoting and ensuring fair, accurate and inclusive representation of people and events in the media as a means of eliminating homophobia and discrimination based on gender identity and sexual orientation.

Entre Hermanos (charity code 0524060): Works to improve the health and well-being of the lesbian, gay, bisexual and transgender Latino/a communities in a safe and culturally appropriate environment.

The Trevor Project (charity code 1479131): The Trevor Project offers lifesaving, life-affirming programs and services to LGBTQIA+ youth to create safe, accepting and inclusive environments over the phone, online and through text.

Need a refresher on gender-inclusive language? Check out this glossary of terms and this pronouns resource guide.

Locally, in Seattle, there is also an organization that provides online support groups to families with gender diverse children called TransFamilies. Their website is transfamilies.org

Hi Rosa – Thank you for bringing this organization to our attention! It has been added to this post.